The Weird Loan that Made Romelu Lukaku’s Career in 2012 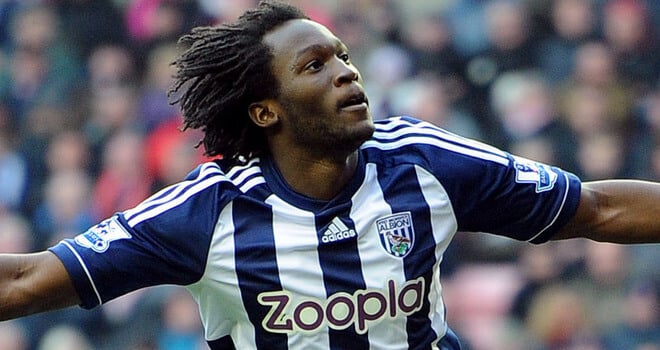 I don’t know if you know this, but Chelsea Football Club haven’t exactly got the greatest pedigree when it comes to their loan system.

Much like Romelu Lukaku would come to find out very early on during his time in London, Chelsea are one of those ‘I want it, so you can’t have it’ type of outfits. By this, I mean that they’ve historically had this tendency of scooping up the world’s most coveted youngsters (sometimes illegally) and keeping them cooped up in the U23’s.

While there, they then use something called a ‘loan affiliate system’ with an outsourced club somewhere in Europe (which I explain more about in my book, ‘The Football Spider Web’ – now available on Amazon Prime), to give them some experience. Or in this case, look for a needy Premier League squad who could do with a 30-game forward.

A club whose comfort zone appears firmly in the lower regions in the upper echelons of English football, West Bromwich Albion became the unlikely temporary home of Romelu Lukaku in the 2012/13 season. Typically battling relegation that season, it was a great opportunity for the big Belgian to assert himself in the topflight.

After all, he would be able to prove just how good he was against the exact opposition that his ‘parent club’ Chelsea would be up against upon his return. Then, you’d think at least, he’d get a good run-out in a Chelsea shirt if he proves he’s deserving of one. And right from the get-go, his modus operandi was clear …

Simply: ‘give the ball to me … and don’t worry about the rest!‘ In a cross-conversion club like the Albion, the crossing abilities of James Morrison, Chris Brunt and co. were able to benefit from Romelu Lukaku’s forward play. Tbf, his physicality, pace and striking instinct was a dream for any dead-ball specialist, let alone these lot!

Over the course of the season, Romelu Lukaku mustered up a whopping 17 goals in 33 appearances as the Baggies scathed off the threat of relegation. On statistics alone, he has proven to be one of the most prolific strikers that the Hawthorns has ever seen in the Premier League era. Shortly after, he went on his expected path of being Everton‘s and Manchester United‘s main man before his current time in Milan with Internazionale. But to think that this all started with a hotel stay in the West Midlands … is truly quite extraordinary. And hella strange!

Do you remember Romelu Lukaku at West Brom? Get your memories down below!