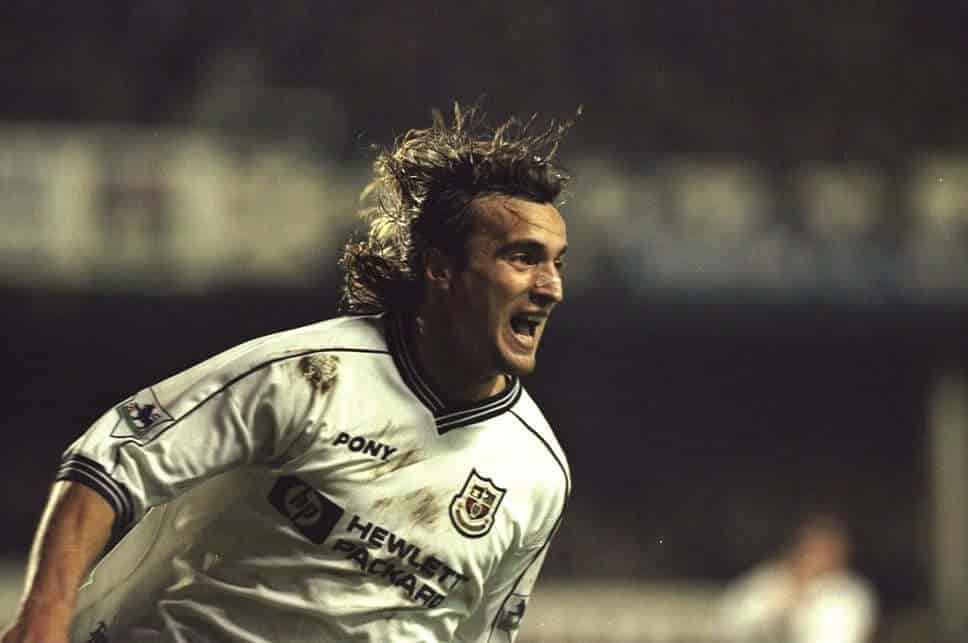 In a season where Manchester United would go where none had gone before, it was expected that one of United’s immortal treble winners would receive the ever-coveted ‘PFA Player of the Year Award’

Hell, even with the talents of a player like David Ginola, it would be tough deny their wealth of talent from that prize, right? Especially considering all those iconic contributions right throughout the season from the likes of Jaap Stam, Dwight Yorke, David Beckham, Ryan Giggs, Roy Keane, Teddy Sheringham and, of course, Ole Gunnar Solskjaer.

Now generally, triumphs such as this one are fuelled by some form of tragedy, and this was no different. After his unjust exile from the national team by then France manager Gerard Houllier for the complete capitulation of the team in their pursuit of a place at the 1994 World Cup, Ginola’s reputation within his homeland was never the same. So, of course, for David Ginola, France’s 1998 World Cup victory was a rather bittersweet affair.

Going into the 1998/1999 Premier League season, France’s forgotten man had a massive point to prove, as stated by former spurs team mate Ramon Vega. “He wanted to show everyone: ‘Listen, you missed one of the best players in the world playing for France’. Luckily enough he reacted like that, because not all players would have done after that kind of setback.” And to make matters worse for Ginola, George Graham’s arrival at Tottenham in 1998 spelled out the end for him within the media. Oh how wrong they were …

Rather than banishing the flamboyant Frenchman from the Tottenham team, the famously pragmatic Graham built his team around Ginola and gave him the freedom to go out and express himself with less of the defensive burden. Everything positive went through Ginola, and Graham’s Tottenham ultimately reaped the rewards. Things started to fall into place in December as Ginola scored a fantastic long range effort with his weaker right foot against Manchester United in Tottenham’s League Cup Quarter Final victory.

He then followed this up with another eye catching performance against United in the Premier League as the maverick faced a barrage of fouls from the future treble winners as seemingly, the only way to stop David Ginola was to foul him. A series of dazzling performances followed ultimately culminating in a now iconic goal in the quarter final of the FA Cup against Barnsley, as Ginola would pick up the ball on the halfway line and go past 3 or 4 players to send Spurs to the semi-finals.

Tottenham rode the wave of David Ginola’s landmark season, ultimately defeating Leicester City in the League Cup final. They were not consistent enough in the league however to achieve anything of note, eventually finishing 11th, making Ginola’s achievement all the more impressive.

And whilst Sir Alex Ferguson could not quite understand how Ginola had won over his treble winners, it is hard to argue with the authenticity of the victory as the award itself is voted on by the very pros David played against that year, whilst he was also presented with the Football Writers award to boot.

What’s your best David Ginola moment? Get them down in the comments!