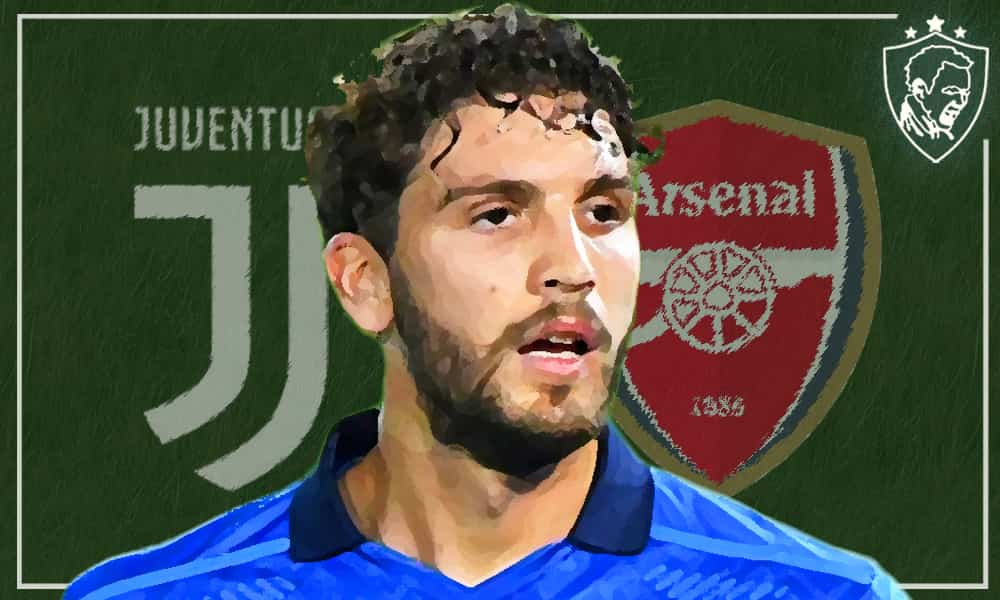 We’re not usually in the business of making top-level transfer predictions like this at Ultra United, for the negativity it can bring, but I think we’re pretty safe on this one.

There’s no escaping the fact that Manuel Locatelli has had a very stellar Euro 2020 campaign up until this point. At the time of writing, they’re due to face Austria in their first knockout fixture since waltzing their way through the group. Where they’ve scored 7 in 3 games without conceding a single strike to set the tone.

As we’ve explored previously here at Ultra United, a lot of this comes down to the refreshing work of Roberto Mancini, and the willingness of his brigade to put his plan into action. Like many around, I myself wondered whether Italy would bring some form of vigour to the competition, or would regress to their stereotypically languid displays that have seen them hoover up the riches of old. But I’m so happy to admit that I was wrong on this one.

Though it’s not the most accurate metric upon which to rate an up-and-coming footballer’s popularity, a sub-10k follower account on Twitter may suggest that Manuel Locatelli’s stock was relatively low coming into this campaign. In fact, some may have written him off as early as his debut season when he didn’t quite hit the grade at A.C. Milan to force his way into their starting XI after breaking through their academy in 2016.

However, given the club’s own problems at the time and this incessant need (it seemed) to relive and recapture their past glories, there seemed little space for a supposedly languid midfielder to come to the fore. A subsequent, and poignant loan move to Sassuolo was made permanent in 2019, where he’s since proved some doubters wrong.

Amassing around 100 appearances since his time there, I personally got to witness some of the potential that Manuel Locatelli had back then. Although I was far away in the stands at the time – placed precariously close to the caged Sassuolo visitors – he got a rough 6/10 for me.

It was a game where creativity was slack and nerves were rife, so I didn’t get to appreciate much of his playmaking and break-the-lines skill that he’s shown thus far for Italy. But in a midfield protected by the likes of Nicolo Barella and Marco Verratti (when fit), the forward-thinking antics of the perm-sporting playmaker have proven evident for all to see. And because of this, it’s likely that he may not remain at Sassuolo for much longer.

A mix of Italy’s stand-out performances, his own consistency and the overwhelming demand for stability in his area of the midfield, it’s widely believed that a rough €40 million figure will be enough to satisfy his current employers before he can go on the hunt for a new club. At the time of writing, Europe’s big boys are really coming out to show their interesting in procuring Manuel Locatelli’s talents for their own.

Local giants Juventus and AS Roma have been mooted as a possible destination, but in this world of football journalism, it’s almost sacrilege not to link him with a whole host of Premier League clubs. True to form, reports are suggesting that Arsenal, Chelsea, Manchester United and Tottenham are all interested in him.

Given his current link-up with Jorginho, I can see some reason for the Chelsea link, but not much else besides given their roster in midfield. Personally, I’m favouring more the Arsenal and Tottenham links. But the former are going to have to potentially choose between him and Yves Bissouma, and the latter need to get their manager stuff sorted!

On the whole, my gut is telling me that Manuel Locatelli may choose to stay in Italy and perhaps challenge himself once again with one of the big boys. After which, if he gets the consistency at Sassuolo and the freedom of his current Italy role, I reckon we’ll see that price tag sky-rocket by the times the rumour mill spins once again.

Off the back of his brilliant Euro 2020 campaign for Italy, where do you honestly think Manuel Locatelli will end up for the new season? Get your predictions in the comments!