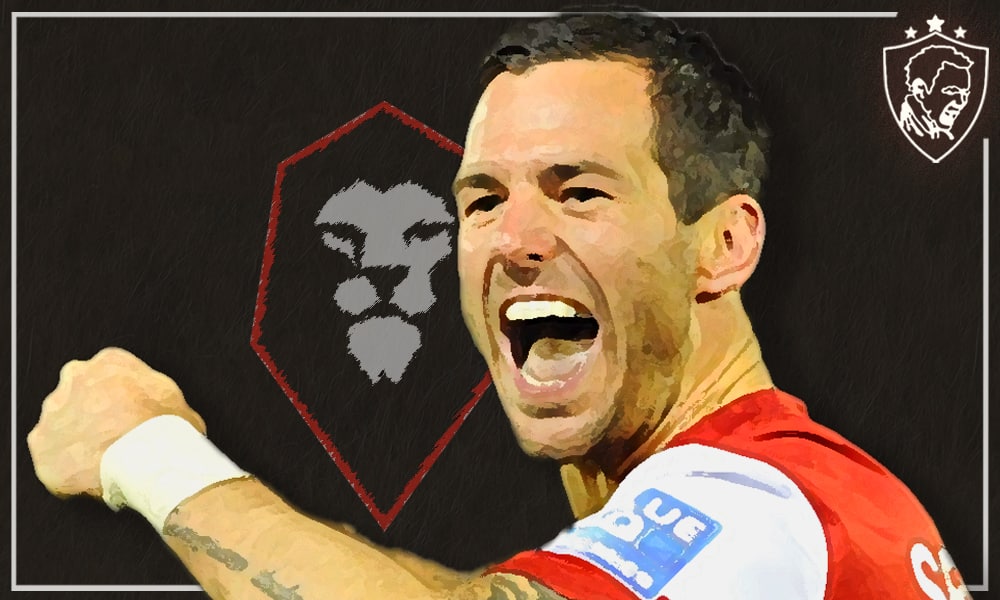 I tell you, I must’ve seen that Salford City docu-series at least 12 times over since it came out, and it just gets better and better every time!

At the beginning of this incredible Salford City journey, Gareth Seddon shines as a key member of that makeshift dressing room at Moor Lane. And with his chiseled jaw line, colouring book for an arm and the type of physique which makes that sort of thing look better than the page, he was as vibrant and eye-catching as they come.

When a famous group of ex-Manchester United players came together to purchase Salford City in 2014, it was met with a varying degree of scepticism. Though once some of the cynics subsided and the football began, it was clear that the owners had a vision for how they wanted the club to grow. Central to which, would require a number of older, more experienced heads to keep them on course. Among others, enter: EFL journeyman, Gareth Seddon!

Arriving as a stocky, brazen, seasoned character in the dressing room, Gareth Seddon held a number of characteristics that appeared ideal for what Salford City were looking for at the time. With reference to his playing style as well, there was a lot to work with for a squad languishing in English football’s 9th tier.

Probably appreciating that he might have lost a yard of pace over the years, the man affectionally known as ‘Sedds’ became something of a more immobile talisman in Salford red than perhaps would have initially been expected. But with what he might have lacked there, he surely made up for in the ruthlessness in his finish.

As we’ve looked into a few times here at Ultra United, non-league football isn’t the most affluent nor aesthetic way of spending your afternoons on the weekend. Sometimes, in order to be as successful as possible down the leagues, you need a more clinical outlook on things. Not so much a ‘pass it, move, form triangles’ etc., but more like a ‘oi, lump the ball over there, I’ll pick it up and gave a go’. A meal prep Gareth Seddon liked very much indeed!

In roughly 60 games at an ‘Ammie‘, a goal in every other one of those appearances came courtesy of the direct influence of Gareth Seddon – never mind the amount of strikes he attributed to in the build-up. Where his hold-up play and intelligence in finding his teammates were second-to-none in those primitive Salford years.

Nevertheless, people might ask me, why I talk about players like Sedds on platforms like this – who some might somehow denounce as some journeyman who had a bright spot on their CV and nothing more. But I couldn’t disagree more. He was a really good player that was perfect to join the club at the time he did. More to the point, he was the star man behind the very first promotion in the club’s history under new ownership. In figurative terms, the driving force in allowing the very first domino to fall in what would eventually turn the club into an EFL outfit.

… he also bought a cheese shop nearer to retirement – hence the title! Gary Neville’s own words, btw! But look at that last word up there – ‘hero’. A title befitting a man of his stature over at the Peninsula Stadium, if you ask me.

What do you remember most about Gareth Seddon during his time at Salford City Football Club? Let us know in the comments below and share this around if you liked it!