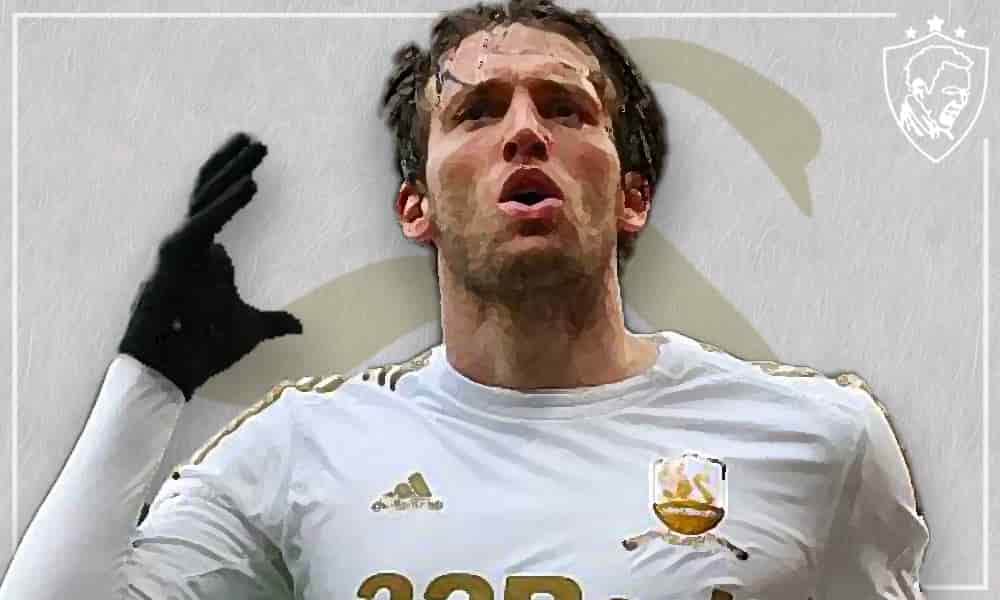 A man who endeared himself to the lower Spanish leagues before cooking up a storm in England, let’s reminisce over the lasting legacy of Michu – which has taken on a much greater significance than you might think!

To begin with, Michu began life as a modest striker plying his trade for local club, Real Oviedo in Spain’s second and third league competitions. Never really looking as though they’d stake a claim in La Liga soon, the Spaniard’s itchy feet took him to where he enjoyed a similar level of proficiency in front of goal in the Segundo Division.

Rather unfortunately for him (depending on how you want to look at this), his third transfer within the division took him to proposed ‘big boys’ Rayo Vallecano, where he would become the outfit’s primary creative outlet between 2011 and the end of his two-year contract. And despite being deployed slightly lower than your conventional striker, Michu bagged a healthy amount of goals to take him to within the top 10 goal-getters of the nation – dwarfing a number of La Liga’s most solid frontmen in the process.

… and attracting some much-deserved attention from further afield in the process.

Despite his unerringly strong scoring record in Spain, his creativity, stature and ability to link up the play saw a number of English clubs come in for the target man. Among the, a volume of EFL Championship outfits came into view, before a £2 million bid from Michael Laudrup’s Swansea arrived in July 2012. Then, before you knew it, Michu was a Premier League player and quickly adopted the presumptive No.9 jersey for his new employers.

With Michu installed, many Swansea fans didn’t know what to expect by the time the new season rolled around – particularly with the Spaniard’s numbering signalling no direct replacement for the departing Gylfi Sigurdsson. Then arguably their most outstanding player in their Premier League stint, Sigurdsson was adored by the Welsh faithful and given his set-piece and visionary ability, many expected his sale (or lack of renewal, rather) to be a key contributor to them being relegated.

But then Michu weighed in … in ways that very few had expected of him at the time.

“It is important to have confidence in your own ability, and I always thought I could do well in England … Here the game is up and down, box to box, and it is easier for me to find space. There are plenty of chances, and for an offensive midfielder it is ideal. I have faith in my first touch, and that’s essential over here because you have such little time in the penalty area. A good touch gives you a great advantage – and playing in a team like Swansea helps me because we like to keep the ball.”

Michu on playing for Swansea City in the Premier League

Under Michael Laudrup, Swansea had adopted a style of play which more embodied their manager’s philosophies than a habitual need to scathe off a relegation battle. In his own playing career, Laudrup became a cultured, elegant playmaker ensconced within some of the most freeing and enjoyable formations in world football. And it was something that he’d hope to encourage with his Swansea side – with players like Michu adopting a similarly unrestricted role to see what it would bring. But even then, I doubt that even he expected what was to come.

Labelled as a “world class piece of business” by Sir Alex Ferguson, a particularly striking performance from the atypical marksman became one in a long string of stellar outings in the topflight of the English game. Soon, Michu worked his way up to a rough more-than-one significant goal involvement p/ game with 22 strikes in 43 appearances across all competitions for the 2012/13 season.

By the end of which, he was branded the ‘signing of the summer’ and more than quadrupled his value with a number of ‘larger’ clubs reportedly showing some interest in his services for around £15 – 20 million. However, it would be a presumptive tagline which would more throw a ‘meme’ tag on his forehead as opposed to a fair price expectation. Shortly after the season ended (where he’d attracted his one and only international cap for Spain), Michu suffered the first of a succession of knee injuries which plagued his second campaign in English football.

Thereafter, he managed only a 10% return on his previous campaign, where he was farmed out to the less pace-reliant league of Serie A with Lazio in a vague attempt to regain some former glory. Instead, this ousted him from the Premier League before seeking solace back home with Real Oviedo.

On the face of it all, it appears a case of over performing in that season with Swansea only to retreat to terra firma once reality set in. But in reality, Michu was an undoubtedly talented player whose career was blighted by injury before it had a chance to sustain itself.

And if anything, we should consider ourselves grateful that the gods of fate permitted his best exploits to be performed on the Premier League stage compared to anybody else. I mean, just ask Erling Braut Haaland!

A man who’s paid homage to Michu for inspiring his own career progression.

Let me tell you … It doesn’t half grind my gears when people are so quick to jump down the throats of those they think they know everything about. Or more to the point, about situations which they gather opinion based solely on what they see.

With football, it’s easy to chalk down a lack of performance to nothing other than what’s visible on the pitch. When in reality, a number of key determinations are behind a player’s downturn; especially when coming off a breakthrough season for a foreign import like Michu. In my opinion, he was a very, very talented player who would have earned a move higher up if his physical and mental state remained at the condition for doing so. So enough of this ‘one season wonder’ stuff.

The dude was a baller. End of discussion. And a certified Cult Hero by Ultra United’s standards.

So, that’s what I had to say about Michu. But if you fancy debating these points or filling my ego with your concurrence, then stick your thoughts on Twitter using the button below and let’s talk about it!