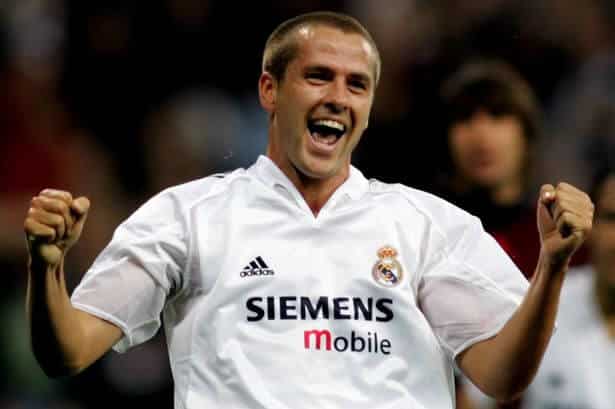 You ever heard that phrase, ‘pressure makes diamonds’? While it’s true, pressure can make rubble too! Hehe, that rhymed.

It’s my personal opinion that Michael Owen is grossly under-appreciated for just how good he was in his prime. As is common in this sphere of reactive criticism and click-obsessed retrospective world of football punditry, it becomes increasingly important that we all do our best to highlight players like him who deserve more respect.

Even when doing some research for this piece, I found myself confronted with nothing but negative stories. Such as ‘why he chose to disrespect Liverpool fans’ by joining Manchester United, and why he’s a pariah in the North East following his time at Newcastle. Don’t worry, we’ll be adding our thoughts on those in the Ultra UTD archives too!

For now, we’ll just look back at the brighter side of Michael Owen’s phenomenal footballing career – which largely stems back to his breakthrough at Liverpool in 1996. Arriving at a time where the club were far less stable than they appear to be now, Owen was one of few things to really get excited about on Merseyside.

In a sea of unfiltered signings, little-to-no long-term plan and a revolving-door approach to managerial candidates to suit, Michael Owen’s star shone brightly as a tenacious, explosive, natural talent that practically filled the ground on his own. It was expected that he and other youngsters like Steven Gerrard and Jamie Carragher would form the foundations upon which the club would be largely rebuilt for many years to come.

Tbf, it did seem that way for a while! With Owen’s pace, guile and unerring calmness in front of goal contributing to roughly a goal every other game as Anfield ushered in its latest generation. But given their relative instability at the time, it was largely expected that teams from around the world might prove a little bit too alluring for their stars.

For Michael Owen himself, it would be none other than the famous white of Real Madrid who would capture his attention in 2004. Joining as the latest Galactico in a side peppered with the likes of Zinedine Zidane, Ronaldo, Luis Figo and compatriot David Beckham, not even Michael’s biggest fans thought he could compete with this lot.

Whether out of some form of quasi-manipulation or genuine belief, the striker recalls how teammate and eventual Liverpool captain, Jamie Carragher largely advised him against the transfer. Given the weight of expectation and the potential for a downfall, it took a man of sizeable cojones to go against what must’ve been a widespread belief.

Nevertheless, remaining sound in his approach and confident in his ability, Michael Owen did indeed make that move to the Bernabeu … and it was an unbridled success. 13 goals in the league and remaining ever-present throughout, the Englishman more than held his own at the famous Los Blancos. Proving that with calmness and resilience of mind, the haters shall always hate … but eventually shall congratulate. Hehe … rhymed again!

Do you remember Michael Owen parading about in a Real Madrid shirt? If so, let us know in the comments below!