Michael Carrick: ‘Between the Lines’ 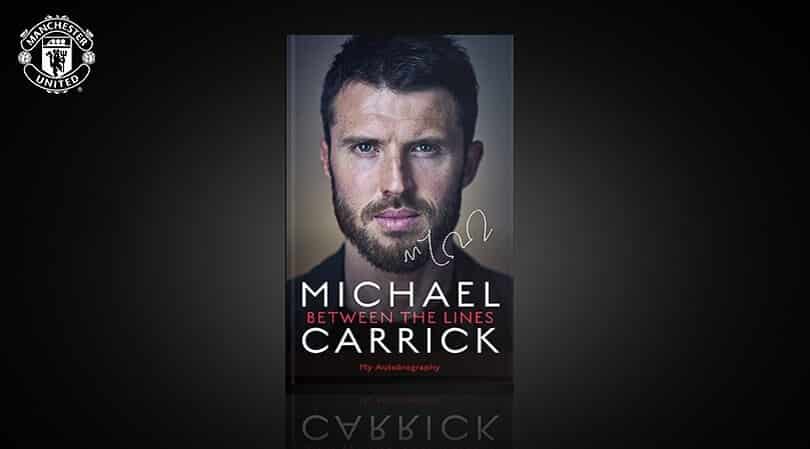 Let’s face it, you think of the term ‘underrated’ in football … and you’re probably thinking of Michael Carrick!

Don’t get me wrong, when it comes to being valued by your peers, I reckon Michael Carrick is right at the tip of everybody’s tongue. Be it the managers he’s been coached by, the players he worked alongside and perhaps a select few pundits who were able to watch him in his prime, the man has attracted plaudits nationwide for his technical ability and willingness to plough through any personal strife to make do with what he was given.

And in his first ever official personal recount of what went down in his career, Michael Carrick gives one of the most honest and self-effacing accounts of any football autobiography I’ve ever read. Of course, it always helps someone like me the fact that he played some of his best games for Manchester United – even more so that he’s taken up an important coaching role at the club ever since, but you read books like these to find out more about whatever you thought you knew. This is why it’s so good.

Throughout his career, Michael Carrick has been involved in a multitude of situations – all of which stemmed from his success in the famous West Ham United academy under Harry Redknapp (I was tempted to write ‘Sir’ as a prefix for the man, but don’t want to rob the royals of that honour). Whilst there, Carrick was one of a number of starlets that had risen from the ranks, and yet even in and amongst the likes of Jermain Defoe, Joe Cole, Rio Ferdinand and Frank Lampard – his quality was clear for all to see!

Usefully, Michael is also very candid in his summary for why that West Ham United team failed to live up to expectations, and similarly so why he was almost pushed out of the door and into the welcoming arms of Tottenham Hotspur when they’d registered their interest around 2005. A couple of years of playing at the highest level, and it appears that ‘Michael Carrick’ was atop the wish list of Europe’s elite throughout his entire time in London. And I know we aren’t bias here at Ultra Utd – something which our motto explains very clearly here – but goodness me, I’m glad he chose Sir Alex Ferguson and Manchester United.

Apparently, so was Michael! He’d been wanting to step up to the big leagues as soon as he came up through the Hammers, and with the greatest respect to Tottenham Hotspur, the Lilywhites weren’t of sufficient-enough quality to give him the opportunity that his talent deserved. Whereas at United, not only would he be a part of their new-look recruitment strategy which focused on younger, long-lasting talents – but he would also be under the pupilage of one of the greatest coaching teams ever assembled.

As they say, ‘the rest is history‘. A consistent midfield of Ryan Giggs, Paul Scholes and a globe-conquering Cristiano Ronaldo cemented Michael Carrick’s influence as a modern-day deep-lying playmaker. In this role, he established himself as one of the most technically gifted Englishmen to have ever played the role. It’s just a shame that the stats and figures tend to take the shine away from players like Carrick. On paper, he was a good player. In reality, he was a great one … and don’t tell anyone tell you any different!

Click HERE to be purchase Michael Carrick: Between the Lines on Amazon. It’s a personal favourite of mine!

previousJohan Cruyff: ‘My Turn’
nextCould ‘Little Jamie Vardy’ Be the Answer for Leicester?!