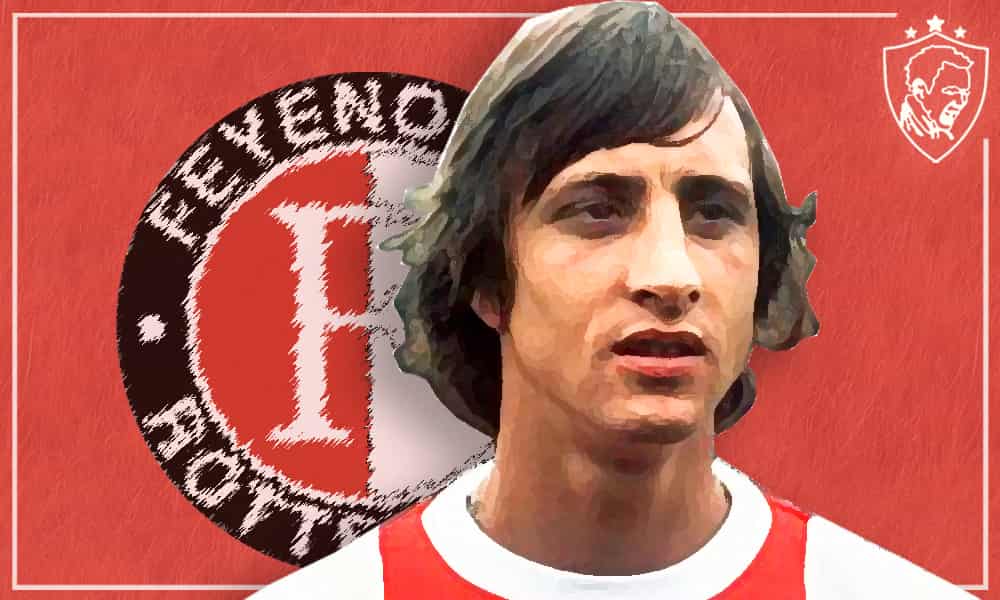 Anyone who’s met me (even for a little bit), will understand by true feelings towards this guy. And it’s stories like this which, for me, add to his legend.

I really needn’t labour this point much further, but it’s of my personal opinion that Johan Cruyff is the most influential football player of all time.

Before his time or since, I’ve never been able to locate a single figure within the game who has had a legacy as groundbreaking and exemplary as his.

From his legendary playing career with Ajax and Barcelona, to his even-more-legendary coaching career with … those same clubs, he’s proven to be a man whose as confident as he is resilient in making sure he was the pilot for his own life.

Of course, when you are as good as him (and develop a name like his), your life would presumably be rife with a number of cross-roads decisions which could have gone either way.

While playing for Barcelona in particular, Johan Cruyff was ‘king of the hill‘ when it came to being a footballer. Perhaps the most gifted player to have graced a turf up until that point (preceding the likes of Maradona who’d arrive in his wake), his first fork in the road came when his contract wound down in Catalonia.

From which he then briefly retired before re-emerging on the scene with the newly-formed North American Soccer League.

A precursor to the modern Major League Soccer competition in the USA, Cruyff himself recalls in his autobiography ‘My Turn’, that it was a decision which looked far better than what it turned out to be.

So, when it did go belly-up, he was left with a decision to make: retire again (this time, for good), or see if he could return to the main stage.

Never one to shirk a challenge, Johan Cruyff ferreted about a bit in Spain with Levante before earning his way into a regressive role back in his spiritual home at AFC Ajax.

Returning as ‘the guy who made it’, his position went from being ‘the main man’ to being a key point of reference and inspiration for the then-current Ajax lineup.

This worked perfectly for club and player, and the Dutch maestro would amass around 40 appearances in his second spell in over two years with them.

However, when his contract re-expired, Johan wasn’t ready to say goodbye. He felt fit and well enough to continue one season longer, and entered ‘offered’ Ajax the opportunity to prolong his stay. Instead, Ajax couldn’t see his value after the return he’d given in the past couple of seasons and rejected his advances.

As I explain in my own book ‘The Football Spider Web’ (available to purchase here on Amazon Prime as a paperback and Kindle version), Johan Cruyff reacted to this rejection like a bad break up.

So, what did he do? Stalk them on socials? Eat a bunch of cake? Get a new summer body and post it all over Instagram? No.

Instead, he did the unthinkable; and joined fierce rivals Feyenoord for his last, official season as a professional footballer.

You’d think then, for someone who did something so heinous, that Johan Cruyff’s name would be mud in the Ajax area. When in actual fact, it was how well he did in Feyenoord that went a long way in retaining his legacy.

A full season long with 15 goals and 7 assists helped his new colleagues steal the Dutch double from his old home.

After which Cruyff retired, Ajax admitted their mistake, installed him as their first team manager.

And the rest is history.

It’s a decision that was bold, brave, cheeky … and very Johan Cruyff!

Try your best to sum up this brilliant Johan Cruyff moment in a single word in the comments below! And if you support either Ajax or Feyenoord – have at it! But keep it PG! … or don’t.

previousThe Awkward Start to Andrei Kanchelskis’ Everton Career in ’95
nextCry Me a River Plate, The Dazzling Growth of Radamel Falcao (2005-09)