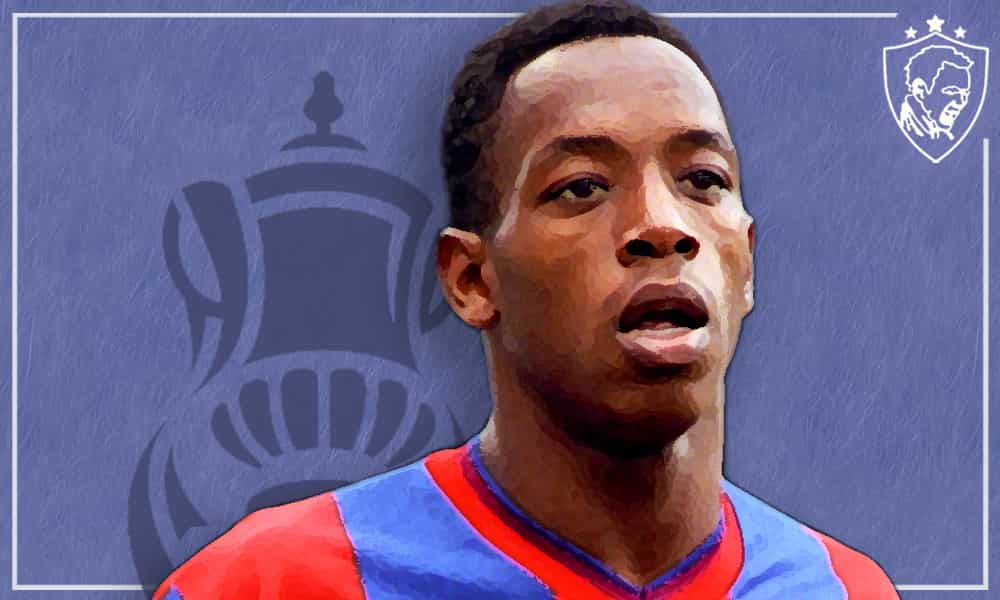 A man whose about as recognisable as anybody else in the English football sphere, it’s worth remembering that it almost didn’t happen for our treasured pundit.

Despite being involved in something like the FA Cup with Crystal Palace in the mid-80’s, Ian Wright is more certainly best remembered for his longer stint with another London club. I’ll give you a hint: they have a red kit, some very experience season tickets and have a body part in the title …. you guessed it! The bloody Gooooooners!

While at Arsenal, the imaginatively named ‘Wrighty’ went on to play over 200 times in domestic appearances alone; famously breaking the club’s all-time goalscoring record in the process in 1997 (beating out the number held by Cliff Basten, which has since been re-set by succeeding forward, Thierry Henry). But one does not simply waltz into a club like Arsenal and hit the ground running like he did, you need a number of things going for you for that …

First and foremost, you gotta have the talent – and without diving into needless hyperbole to go over covered ground – Ian Wright had a tonne of that. Next, you have to have the desire. Especially back in the elder days of the English First Division and the primitive years of the ‘Premier League’, defenders weren’t too averse to giving their opposite number and decent shove here and nudge there to put them off their game.

Unfortunately for them, Ian Wright developed on the tough Sunday League grounds – and it’s an aspect of his personality which has never diminished since. Not only is the football at that level a lot tougher to look at and be a part of, but the blue-collared nature of the place meant you had to be sharp and resilient to stay afloat.

Couple this together with someone who ‘has nothing else left to lose’ and it makes for a domineering prospect. A talented front man with a relentless desire to do what he does best without fear of the consequences. And it was this lack of fearlessness which encouraged the Blockley-born Ian Wright to just ‘go for it’ when presented with an impromptu trial with Crystal Palace in 1985. Also worth mentioning that he was already 22 years old by this point!

A relative pensioner compared to his peers at that level, Wright was quickly fast-tracked to the first team under Steve Coppell. Who, after spotting his talents during a forced 3-month trial period, signed him professionally (and without contingencies) in August that same year. He became a fan’s favourite at the club, and it became all the more certain that he’d outgrow his Selhurst boots. So, the 1990 FA Cup Final, looked like a great (potential) parting gift.

Unsure of whether or not he’d ever get the chance to play in a final of this magnitude, Ian Wright had to bide his time (and probably bit his lip) before coming on as a late substitute with the game leading slightly into Manchester United‘s favour by the 70th minute. However, fresh with as much energy as he had ideas, a hopeful midfield pass gave the precocious marksman a chance to turn and really get at that United defence.

Slowly forming what would be a defensive rock under Sir Alex Ferguson, the Red Devils’ back line were at sixes and sevens as Ian Wright tore passed them and delicately slot the ball home for a famous equaliser to send the game into extra time. The fact they tossed the overall tie is circumstantial at this point, because the story was written.

A local lad, obsessed with football and given a slim chance at the big time. A football team in desperate need of some vigour and purpose to take them forward. And an occasion to bring them both together. Poetry.

What do you remember most about Ian Wright’s performance in the FA Cup as a Crystal Palace player in 1990 against Manchester United? Let us know in the comments below and share this if you enjoyed!