How to Become a Professional Football Player in 2021 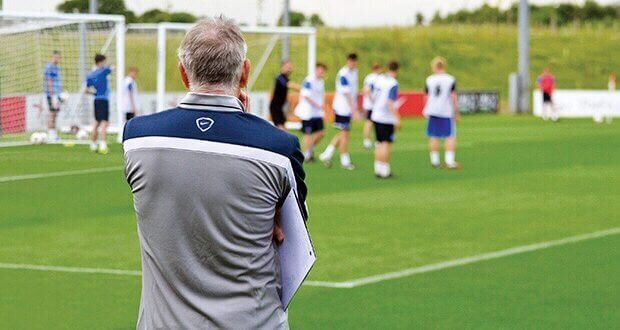 Let’s be honest, if you were a football fan as a kid, then you definitely wanted to become a professional player one day, right?

I mean, that’s the dream! You get to earn a butt-load of money whilst bringing joy to the fan group that you once associated with. Better still, you get to achieve pretty much whatever you want in life, and all for the sake of kicking a piece of leather around in different directions. The thing is though, the actual pathway for becoming a footballer has drastically changed over the years. On one hand, it’s become slightly more complicated, but on the other, it’s become far more varied.

Get Scouted by a Professional Football Club

The easiest and more ideal way to become a player is for your talents to be spotted by the very employer that you wish to turn out for. For this to happen, obviously, they would have to see you in the flesh! Nowadays, every single football club worth their salt has a very diverse and accessible scouting network – where licensed individuals traipse up and down the country with the vague hope of spotting a diamond in the rough.

Over time, it became apparent that these scouts needed to step up their game, as barriers to entry to even get into places like a district team or local amateur side was proving too high or discriminatory for some. So now, you best be aware that some countries even resort to sending their scouts to the local football cages or ‘Goals‘ / ‘PowerLeague‘ soccer centres in case they spot the ‘next Wayne Rooney‘ while peering through the fence. That sound really dodgy didn’t it? But this is professional football we’re talking about, so anything goes, I guess!

Depending on where you live, the next step after being scouted (or catching the eye at an open trial event – which is put on at each club’s discretion to build their development teams) is to join an academic setup. Each professional club has one of these, and in fact it’s a pre-requisite for the regulatory authorities to consider you as a pro outfit, though in the United States and some European territories in particular, ‘soccer schools’ are the preferred term.

As you would imagine, the barriers to entry for this is quite high and there’s absolutely no guarantee that you’d be offered a contract to sign with that club or institution permanently after an academic stint. Unsuccessful applicants are usually kept firmly on the radar of that team’s scouting network and, if they can’t make the step up to a professional contract, the infamous ‘Exit Trial Day’ awaits those who have the guts to take on that challenge. Alternatively, you might enjoy the ‘Free Agent’ lifestyle!

Get Yourself on the Free Agent Market

A stat I heard one day (and can’t for the life of me locate where I heard it) is that for every one player who makes it to a professional level, there are between 2-4 other budding players who are just waiting to get on the pitch or at least be paid for it! So, one of the most ideal situations for players like these is to align themselves with a well-known agent / intermediary.

But beware! Agents nowadays hold a lot of power in the footballing hemisphere without very much in the way of regulating their behaviour. This means that not only is it very easy to become an agent, but also to dupe future clients into believing that they’re right for the job. If anything, it’s best for any player to be as conscientious as possible – by this, I mean keep track of your stats, make a nice portfolio, get some emails sent, make some calls and arrange something yourself. Sometimes a middle-man just … gets in the way of what you want!

Have you ever tried to become a professional football player? If so, share your experiences down below!