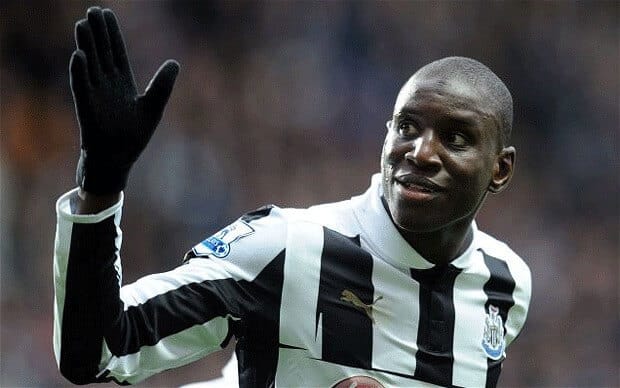 Many media outlets over the last 12 months have long-awaited a Newcastle United takeover, a prospect that everyone takes with a pinch of salt from the apart from Newcastle fans, so it seems. The end of the Mike Ashley era, for many Newcastle fans, simply can’t come quick enough and things are looking extremely bleak on Tyneside as tensions build amongst fans, with many calling for not only Mike Ashley’s head, but now their current manager’s in Steve Bruce.

What hurts even more, is that the current state of the club is a far cry away from the Newcastle that once was, back in the 2010-11 and 2011-12 seasons. Despite Newcastle not setting the world on fire in terms of silverware, they are still a Premier League staple, as I’m sure many of you will agree. Newcastle have undeniably excited many of their own fans and neutrals over the past decade, and one of the reasons for this is the goal scoring prowess of Senegalese Superstar Demba Ba.

Before becoming an honorary Geordie, Ba saw no real footballing success to begin with and is famously known for traveling to the UK from Hoffenheim to force a move into the English game after a contractual breakdown between player and club. Signing for West Ham in January 2011 on a ‘pay to play’ basis due to an ongoing knee injury, something that is unheard of in today’s game, sparked the beginning of his Premier League career. West Ham were relegated despite Ba’s best efforts of being their top goal scorer that season. Demba Ba’s move to relative footballing giants Newcastle United after this, gave him a proper opportunity to show us what he’s got!

Demba Ba joined the Tyneside club at one of the most worrying periods in their club history, having gone many months without a prolific striker after selling local Geordie, Andy Carroll, to Liverpool for £35 million in the final moments of the January transfer window in 2011. The Tyneside club are famous for having a prolific number 9 in their squad, with greats such as Alan Shearer, Peter Beardsley, Michael Owen and Andy Cole. Ba possessed many of Carroll’s abilities with his power, finishing and explosive turn of pace, making him the perfect replacement. It would be these abilities that would make him on of the one of the most dangerous attackers in the league that season.

Despite the fact he was brought in to fill Andy Carroll’s goalscoring boots, so to speak, he would go many weeks without scoring in front of the Newcastle faithful, which resulted in negative criticism from the footballing world. Ba publicly addressed this during a press interview saying,

“ They [the fans] will only stop asking about it [not scoring] if they see me playing and scoring goals. Look at the stats from last year at West Ham I’ll let my football do the talking. ”

Demba Ba
when asked about his goal drought in 2011

After this, Ba scored his first league goal against Blackburn in September 2011, with another 2 to follow, with the result ending 3-0. I’m sure that would have plastered a smug look onto his face. Alan Pardew’s side would go on to finish 5th that season, something that now sounds like a Newcastle fans dream, given their current run of form. However, this would also signal the beginning of Newcastle’s decline to the depths of Premier League football.

So, was Demba Ba Newcastle’s last chance of hope for contemporary success? It’s certainly something to think about. Newcastle has seen no recent marquee that has successfully integrated into the Newcastle system, although I must give notable mention to Allan Saint-Maximum who currently excites the Newcastle fan base, but still has a lot to prove. You could argue Demba Ba was and still is the best signing of the Mike Ashleigh era, scoring Newcastle’s 1000th topflight goal and receiving many player of the month awards and nominations.

It is clear to see that Newcastle signing Ba was an attempt to reclaim the sporting success that was once experienced back in the Sir Bobby Robson era. All in all, I think his unparalleled love for the fans and passion for the club continue to exist in the hearts and minds of the fans and is something that Newcastle fans long for in their current squad.

What are your best memories from when Demba Ba was tearing it up in the black and white of Newcastle? Comment them below!