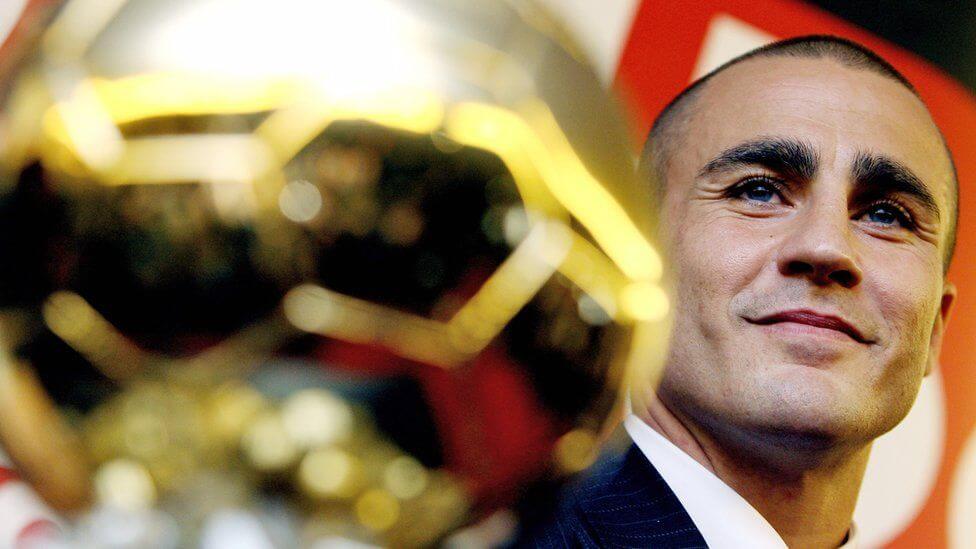 Still the only defender to win the coveted Ballon D’Or award, it’s definitely gonna require a special one to take that title away from Fabio Cannavaro.

Fabio Cannavaro is remembered for many things in world football. He was not one of the tallest centre-backs as a lot of readers will know, but what he lacked in height he gained in other defensive qualities. Cannavaro’s jumping and heading ability made up for his size, as well as being particularly strong at dispossessing and intercepting opponents. Oh, and he was pretty quick, too.

Cannavaro is one of the greatest defenders to have ever graced the game; winning numerous trophies for club and country in the process, including; the World Cup, La Liga and the Serie A (albeit this was stripped due to Calciopoli, though we’re not going to blame him for that!). But Cannavaro’s personal honours offer an equal amount of achievement. He remains the last defender to win the Ballon d’Or, which is an incredible tagline.

Before you say it… I’m aware that Lionel Messi and Cristiano Ronaldo have dominated the Ballon d’Or award for over a decade. And rightly so. In fact, due to their dominance during this period, Kaká and Luka Modrić have been the only other winners. However, that should not suggest that there hasn’t been some world-class defenders within that time. So I guess the real question is, why did Fabio Cannavaro break the typically forward-obsessed MO of the Ballon D’Or award? Hmm, let’s take a closer look …

Well, scoring goals is the part of football most fans get excited about. Stopping goals, on the other hand, is not loved quite as much. It’s difficult to get enthusiastic about a goal that didn’t happen – which as we know is the main job of a football defender. Cannavaro had to captain the Italy side, who were very much underdogs, to World Cup victory in 2006 for Ballon d’Or recognition. And for me, this alone says a lot about how the voters see defensive positions opposed to the attacking players.

Forwards have notoriously cost clubs more in transfer fees. However, we may be seeing some change with defenders like Aymeric Laporte, Matthijs de Ligt and Virgil van Dijk, who have each cost their club’s an arm and a leg. And although Real Madrid had not paid huge money for Cannavaro – in comparison to those just mentioned – larger price tags can influence the appreciation for defenders and, hopefully, more of them will receive Ballon d’Or votes in the future. I mean, the aforementioned Virgil came pretty close in 2019 – and maybe that’s a sign of things to come?!

However, it’s quite a controversial idea to fit defenders, or even goalkeepers, into the Ballon d’Or conversation. In a 90min article, it was stated that “midfielders and attackers have the hardest job [in football].” This would suggest that the greatest awards should therefore be given to the players who create chances and who score them. Cannavaro rarely did any of those things, but his extraordinary achievements with the Azzuri during the mid-2000s forced himself to be considered.

Despite being overlooked in the past, many football professionals have suggested defenders deserve more credit when it comes to personal awards. After Cannavaro had seen off competition from Thierry Henry and fellow Italian teammate Gianluigi Buffon, Marcello Lippi felt the chosen winner was well deserved.

” I’m not surprised a defender won. An outstanding footballer is someone who is crucial for their team, regardless of the position they play in, and that’s what [Fabio] Cannavaro is. “

We may see more players in defensive positions win illustrious personal awards moving forwards, but it appears as though they have to be exceptional to stand any chance, and that’s fair enough!

Who do you think could be the next defender to carry on the baton left by Fabio Cannavaro?! Comment them down below!

previousDemba Ba: Newcastle United’s Senegalese Sensation (2011-13)
nextHow to Become a Football Agent in the UK in 2021