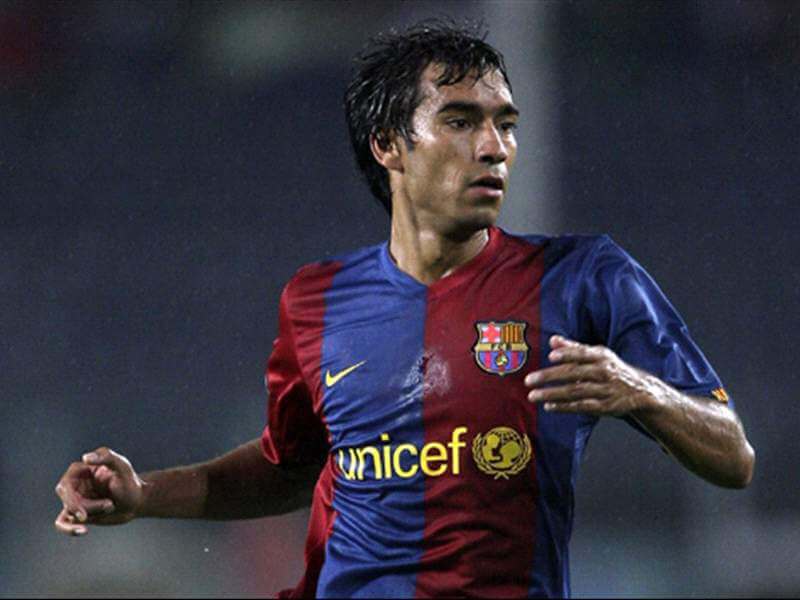 Those of who who know about the Dutchman will know his career was slightly … ‘unconventional’.

Giovanni van Bronckhorst began life back home in Holland with Feyenoord before a real cross-roads moment came into fruition for his career. In the wake of the speculation that adorned his teenage years, he decided to move to Glasgow Rangers in the Scottish Premier League in 1998 after 100 appearances in red and black.

We’ve written previously about a certain man named Gennaro Gattuso – whose elite status has caused the majority of millennials to see his current ‘FUT’ status and forget his stint in Rangers blue. The same might also be said for the upcoming left-back who went to Rangers before earning a ‘larger’ move to Arsenal by 2001.

Over this time, Giovanni van Bronckhorst became revered for his consistency at left-back and technical qualities when whipping a ball into the box. He was also deemed as quite a tough little cookie, and so it low-key makes a little sense that he would be a sound investment for a top Premier League outfit like Wenger’s Arsenal.

Having said that, a cruciate knee ligament injury soon after making a welcomed £8 million transfer to Highbury, reduced his Gunners involvement to less than 20 appearances p/season. But from Arsenal’s perspective, I’m sure the emergence of a young Ashley Cole helped quell the anguish of ‘Gio’s misfortune.

From the Dutchman’s view, his pedigree prior to his collision was enough for a budding Frank Rijkaard to at least consider for his nouveau-enriched Barcelona side at the start of the 2003/04 season. Now, I know Arsenal would come to enjoy that year – but Barca’s own story would be indicative of their new acquisition’s rebirth.

A side bereft with some serious quality with a spine of Victor Valdes in goal, ‘El Capitan’ Carles Puyol marshalling the defence, Deco working somewhere in the midfield and the buck-toothed beauty that is Ronaldinho stationed wherever he wanted to be. Giovanni van Bronckhorst soon became Rijkaard’s go-to left-back.

Thankfully for him, his serious injury problems seemed to be long behind him, and the gifts of his colleagues made his job so much easier than what they could have been. I mean, lump any ol’ ball to Eto’o and Ronaldinho and magic can happen. But considering that Gio could do it kinda well – Barca were laughin’!

What’s your opinion of Giovanni van Bronckhorst? Get it down below!