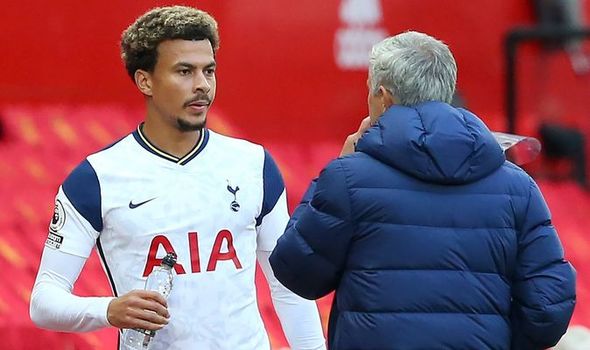 Even though it may feel like he has been around for a while, Dele Alli still has many years of football left to play.

Impressively, he has managed to develop into a talismanic figure at Tottenham, despite not coming through the Club’s academy. Alli’s previous goals and assists numbers have undoubtedly helped gain him popularity with many Spurs fans. But he has also shown desire and aggression on the pitch, which is what supporters had associated and liked about the 24-year-old. What remains to be clear is to why he has struggled with consistency over the past two seasons. The sad reality is there are many ‘talents’ who are not becoming the players that many perceive them to be.

Before we draw on Alli’s performances under José Mourinho, let us remind ourselves of his form throughout Mauricio Pochettino’s final year at Spurs. Following Alli’s heavily criticised performance in the 2-1 defeat to Liverpool during the 2019-20 campaign, Pochettino stuck by his player and selected him for the following match versus Everton at Goodison Park. Dele Alli showed both his qualities and weaknesses in that game against the Toffees, as he was able to get onto the scoresheet but the Spurs player’s lack of work off the ball had ultimately led to a late goal and the match finishing 1-1.

Regardless, Alli’s goal was fantastic. A misplaced pass found its way to Heung-min Son, who slid a through ball into the path of his teammate. Alli cut onto his right foot, skipped past the defender and struck the ball into the bottom corner. Clear evidence of his goal scoring abilities and the celebration was clear evidence of his personality. I particularly liked his later ‘shush’ celebration to hammer home the point. As we all know, there’s a fine line between arrogance and confidence. But he niced it!

It has been well documented that Mourinho was a fan of Dele Alli and was recommended in signing him for Manchester United by Sir Alex Ferguson, during the Portuguese manager’s tenure with the Red Devils. It is also public knowledge that Mourinho addressed Alli’s lack of work rate in training, which you can find in the Spurs documentary on Amazon Prime – and is sure to feature under our Ultra United ‘Documentaries’ tab.

Along with public praise for Dele Alli, it is very possible that Mourinho had given specific treatment to his player. It felt as though Mourinho was trying to reignite the hunger and desire within Alli that would ultimately help his team win football matches and gain influential players on the new managers’ side. Team Mourinho. Now, we are only a month away from the January transfer window and there is growing speculation that Alli could be moving onto another club. It looks as though Mourinho’s attempt to ‘manage’ Alli has not worked out in the way he had hoped.

There have been many reports on Mourinho freezing out players, world-class players too, but the situation with Alli feels different. Kevin De Bruyne, Mohamed Salah and Juan Mata, it could be argued, did not have the opportunity to showcase their qualities under Mourinho. However, Alli has had those opportunities. He has played enough football over the past year, within his favoured position, to convince his manager that he deserves to be a guaranteed starter – so time is running out! And it is with hope that we pray that Dele Alli does not fall by the wayside as many other young ‘talents’ have done in the past. Too much talent to be wasted.

What do you think about Dele Alli’s current form? And How can things change for him?