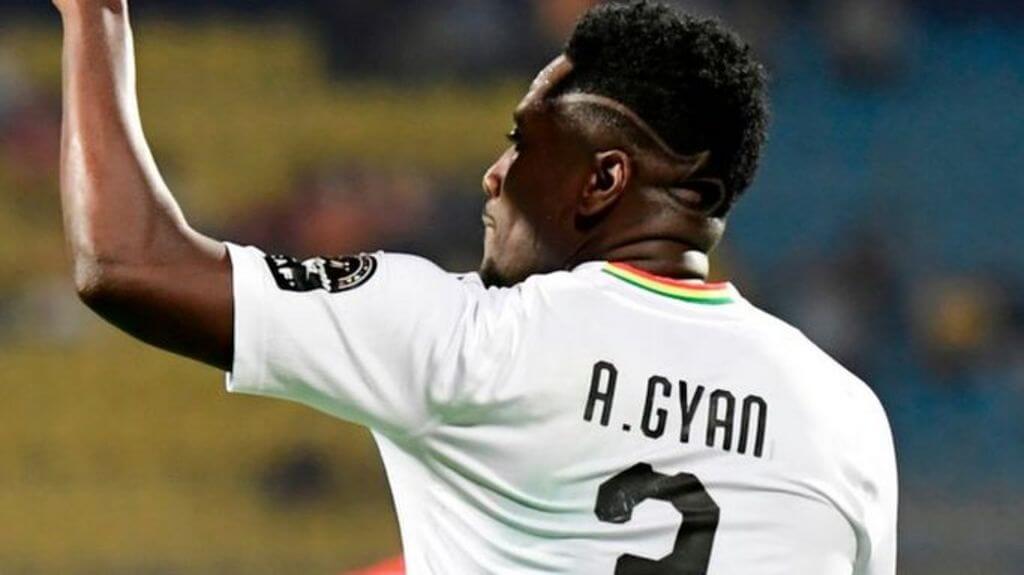 Say whatever you want … you just cannot deny how much style Asamoah Gyan has.

To some, it’s this very ‘flashy‘ nature which has brought Asamoah Gyan’s overall footballing legacy into some form of infamy – in that he seems to have departed from his humble roots under the bright lights of stardom. In my opinion, that’s very unfair. After all, it’s no secret that footballers earn a large amount of money – so why should it be a surprise to us lay folk when they decide to actually spend it? In my opinion, if you’re rich, then do whatever you want with your money – provided you don’t flaunt it over those who tried and failed to be in your position. ‘Cause that’s not on!

With Gyan, I just don’t think that’s the case – and in this summary, I’m not even trying to bring up his various charitable donations back home, nor the number of foundations and initiatives he’s started and funded over his footballing career. I’m referring to this perceived lifestyle – where the odd nice car and iced up ‘roll-y’ is a fair-enough offering to someone who has achieved as much as he’s achieved in the sport. But like I say, that’s just my opinion and you can always counter it in the comments below!

The reason I bring this is, is because I believe that a lot of whatever Asamoah Gyan has decided to do off the pitch, has shadowed many of his commendable achievements on it. And although he might be known around the world for much of his pop-culture status, or that record-breaking move to Sunderland which seemed to typify the Black Cats’ stance on recruitment and financial strategies at the time under Ellis Short, or indeed the fact that he left for a better pay-check when Al-Ain came calling three years later, he must have had a little bit about him in order to earn such a status.

Something which I find slightly unfortunate about the world of football, is that you have a limited window of opportunity to reach a wider audience – particularly so when you’re from an area of the world which isn’t as commercially forward as others. In shorter, less fancy words, if you’re an English player (playing in England), then you’re very likely to be touted about as ‘The Next Marcus Rashford‘ before you’ve even kicked a professional ball. However, play like a young George Weah in the South America division … and it’s like you don’t exist.

That old adage of ‘will they be able to cut it in the bigger leagues’ will plague any development they have – the gravity of such critique only gets bigger depending on how they ended up getting some attention and at what point in their career they were at when they earned it. So, consider this same story with Asamoah Gyan – a man who became the youngest ever goalscorer for Ghana in the 2006 World Cup (an accolade which stands true to this day). And you begin to understand how tough the criticism became.

Nevertheless, at international level, Asamoah Gyan became one of the country’s most beloved and exciting exploits. His striking style was abrasive, powerful and very strong all-round in a country plagued by a lack of prolific striker since their national squad was formed. Fast forward to four years after his debut, and you having him rising to the status of ‘national treasure’ after a certain Luis Suarez opted to give his Uruguay a helping hand in the tournament. So, you know what, how about we remember the good parts of Asamoah Gyan. Put simple: an explosive striker who gave back to the country he loved. In many respects, an African icon.

Are you a fan of Asamoah Gyan (hehe, that rhymed), get your thoughts about him in the comments below!

previousWill Kalidou Koulibaly EVER Come to England?!
nextPapu Gomez – The Soul of Atalanta