Why More MUFC Fans Need to Give the Stretford Paddock a Listen! 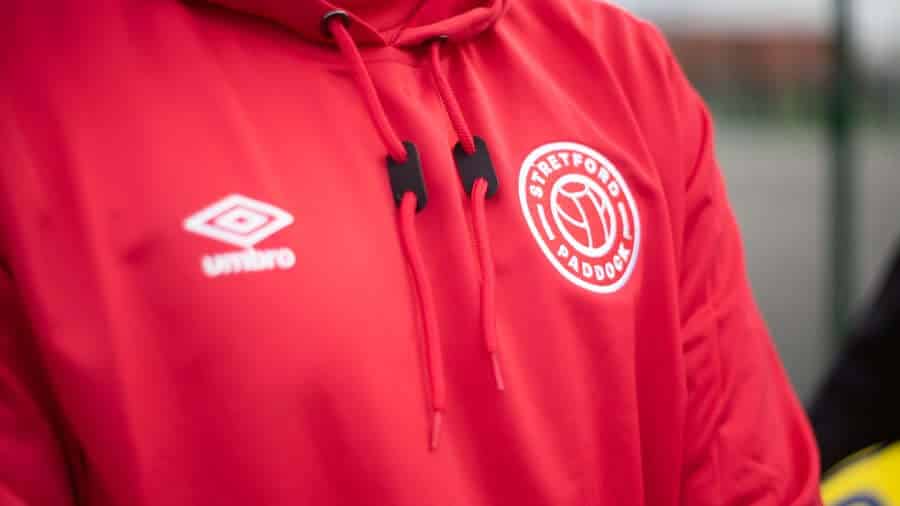 Out of all the Manchester United-related content available on various platforms these days, it really does pay to be picky with your choices …

In my opinion, I reckon that more Red Devils fans should tune into the Stretford Paddock – an independent platform with some straight-talking presenters that keep things honest and real for their willing listeners. Also, my laptop likes to auto-correct their first name to ‘Stratford’, so let’s hope my editing doesn’t let me down here. Onwards!

As the years go by and the football content market becomes even more saturated, it takes a savvy group of producers to stand out from the pack. Way back when, it was a lot easier to become ‘viral‘ by simply ‘speaking your mind’ as it was a relatively nuanced idea. But now, platforms like YouTube, Twitter and Twitch are rife with people searching for their own forms of virality by being as outrageous as possible. But these lot have largely stood firm.

One of their properly endearing series on the Stretford Paddock platform is one by the name of ‘Howson’s Brew’ – in respect of presenter Stephen Howson who cherry-picks a number of the club’s trending topics and provides his own insight / shares some chat with his co-presenters.

And while I really enjoy these sorts of episodes as they have good re-watch value and are easy to tune in to, I most greatly respect these lads for how level-headed and sensible they are at sensing the BS and not rising to it. Particularly when it comes to engaging in transfer rumours or posting a post-match reaction.

Being a Manchester United fan implies that being frustrated is an occupational hazard. Largely due to the way in which their fans (myself included) have been spoiled over the years under the stewardship of Sir Alex Ferguson and co. As such, it’s very easy to get sucked into the matrix of believing that the club have this divine right to buy whoever they want and lay siege to everybody who lay before them. When in reality, we are about as vulnerable and subject to change as the government’s current lockdown strategy.

Take this video for example, led by Stretford Paddock’s Adam McKola – who has also frequently been seen around the True Geordie table in recent weeks. I remember this being a game where I could have genuinely cried at the utter frustration of having thrown away a commanding lead against Everton in the league. And in a situation where McKola could have been equally as nonsensical for the sake of a few clicks and clips. He remained calculated, calm and realistic in his assertion of what happened. Tbh … it calmed me down watching it!

What’s great to see is that all of these presenters seem to share a common goal. Be it Adam and Stephen or Jay Motty and Joe Smith, they seem to appreciate the value of bringing some calmness and maturity to an area of social media and football commentary which is as incendiary as any other. So, if you’re a United fan and you want some decent, all-round content with a refreshing take on the twisted norm for this sector, then look no further!

Any Stretford Paddock fans about? Get your own reviews down in the comments below!