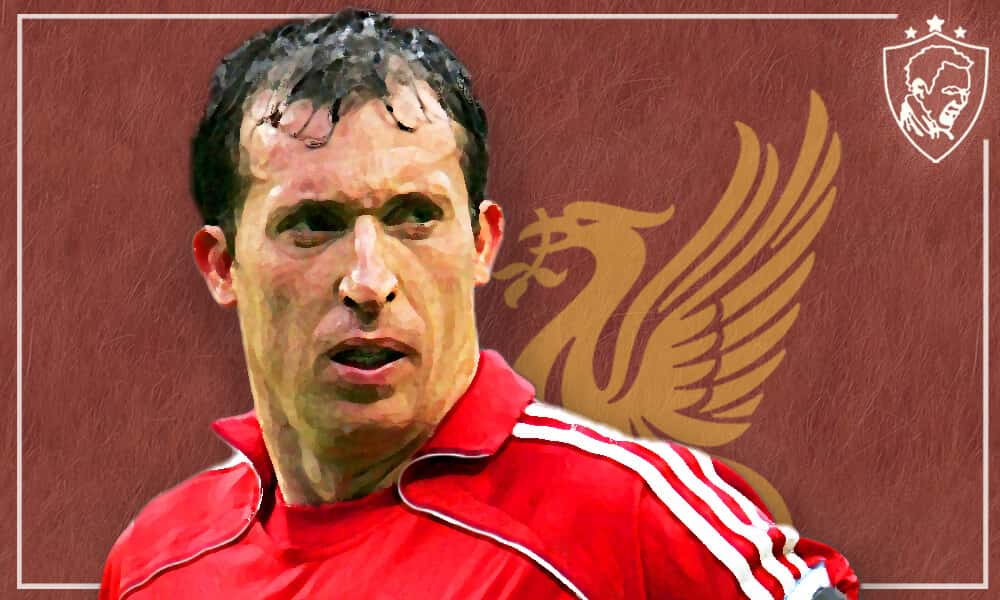 There are few things more beautiful in the sporting world than a tasty return … and here, we have perhaps the most heralded of the lot!

In case you didn’t know this, Robbie Fowler was once a very good football player. Actually … he was insanely good. Not exactly the fastest or most domineering figure to ever grace a football pitch, his drive and one-track-mindedness (hopefully that’s a word) revealed an overwhelming sense of knowing what it meant to be a ‘striker‘.

Back in the early stages of the Premier League, and indeed the tailing off of the ‘older‘ First Division, the role of a topflight marksman was slowly beginning to change, except for one thing. And that was to make sure the ball is beyond the ‘keeper and in the back of that net. So, if you could get with the times in terms of movement and link-up play, but maintain that clinical feature of your play when the goal presents itself, you’re pretty much good to go!

As far as Robbie Fowler was concerned, it quickly became obvious to anyone who watched him that he maintained a number of the key priorities required to be a top Premier League striker. Delicate in his movement, precise in his timing and simple, yet deadly in his accuracy – he was a very difficult player to stop when he got going!

Not to mention the fact that he was the type of football player you absolutely loved to have in your club. And for those on the red half of Merseyside, they understood they idea first hand. A man who would soon become deified for his influence in a Liverpool shirt, the man was simply untouchable in his earlier years.

Alas, as time would have it, a period of turbulence and instability in the Anfield ranks soon shipped the mercurial marksman out of the door and into the welcoming arms of Leeds United. A move which sparked outrage at the time for the fee involved and the circumstances around his departure, it was clear that Liverpool made a mistake.

The years went on and on, and a team once-reliant on a then-prolific Michael Owen and Emile Heskey partnership, was starting to wain under the pressure that those Sky lights were putting on them. So, with a straight-laced Spaniard at the helm and a team under rebuild, but in need of direction, they knew who to turn to.

Returning as a slightly slower and more wrinkly version of the all-conquering star who’d left half a decade prior, Robbie Fowler’s return to Anfield was one that was met with widespread acceptance. As if the messiah himself had arrived on terra firma to guide his wily recruits nearer to the heights which he himself had earned in his time.

Never expecting to be a main man in Liverpool again, Robbie Fowler’s role in the dressing room and the pitch had simultaneously progressed and regressed to a disposition befitting his now-regal status at Anfield. Playing a respectable thirty appearances in one-and-a-half seasons there – mostly from the bench – Robbie had done exactly what the doctor had ordered.

He brought maturity, experience and a presence needed to help steer a lost Liverpool side into the light under Rafael Benitez. Of course, it’s superfluous at this point to suggest that this was one of many dominos that fell to develop into the Liverpool we see today. But it’s an interesting paradigm, nonetheless …

What do you remember most of Robbie Fowler’s return to Liverpool in the mid-2000’s – let us know in the comments below and share this if your enjoyed it!