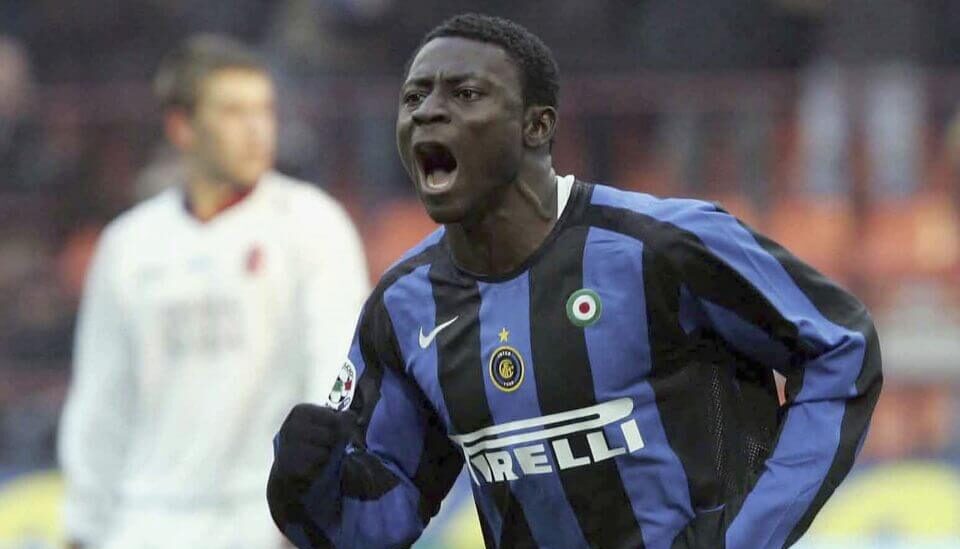 For any world-class outfit, it makes sense to have an arsenal of weapons at one’s disposal dependant on the situation you’re faced with.

For Internazionale, Obafemi Martins represented an almost completely different kind of striker to what they’d been used to having throughout their illustrious history. Particularly in a competition like the defensive-minded Serie A, strikers were typically more beefy and statuesque than what we see in today’s more mobile versions.

Namely because of the general footballing culture of the area, and the state of the pitches back then which called for more of an aerial presence over ‘beautiful’ forward movements. In the early 2000’s, things were slowly beginning to change, and Obafemi Martins was soon added to a list of the league’s most potent strikers from this era.

From Ronaldo to Ibrahimovic, the blue and black stripe of Internazionale has been blessed with the frames of the game’s most incredible finishers. At the time in question, Messrs Adriano, Alvaro Recoba and Christian Vieri were leading the line. You just need to click on this line of text to know how I feel about ‘the Emperor’, Adriano, btw!

Placed firmly up against it, it’s sort of beneficial for the Nigerian starlet’s career that he was able to benefit from a certain level of guile and agility that his colleagues didn’t possess. In his heyday, of course, Adriano in particular was no slouch off the line, but even two of him would be left in the wake of a marauding Obafemi Martins.

Lightning quick off the line – so much so, that he’d have to think twice before leaving the ball behind – Martins was the archetypal ‘poacher’ to have in and around the opposition penalty area. Certainly in his primitive years, he would be chomping at the bit to simply buzz about the defence and keep them on their toes in anticipation of whatever they thought he was going to do next. To be fair, I doubt even the striker himself was aware of his impending move.

Eventually, Obafemi Martins amassed just shy of fifty goals for the Nerazzurri, and was a key member of the Internazionale team that won a Serie A title, 2 Italian Cups and the Italian Super Cup mid-way through his stay in Milan. One which was brought to an end rather prematurely given his potential in Italy.

In the succeeding years of his career, the once-greatest thing to come out of Nigeria set sail on a journeyman-like venture right across the world; and has never quite reached the heights he managed to achieve in that famous Pirelli-sponsored Inter jersey. But nevertheless, Obafemi Martins mustn’t be forgotten what what he did manage to win and showcase in his development stage at the Stadio do San Siro – which is a wonderful place, I might add!

What are your own memories of Obafemi Martins at Inter Milan? Let us know in the comments!