The Unique Understanding Between Pelé and Carlos Alberto 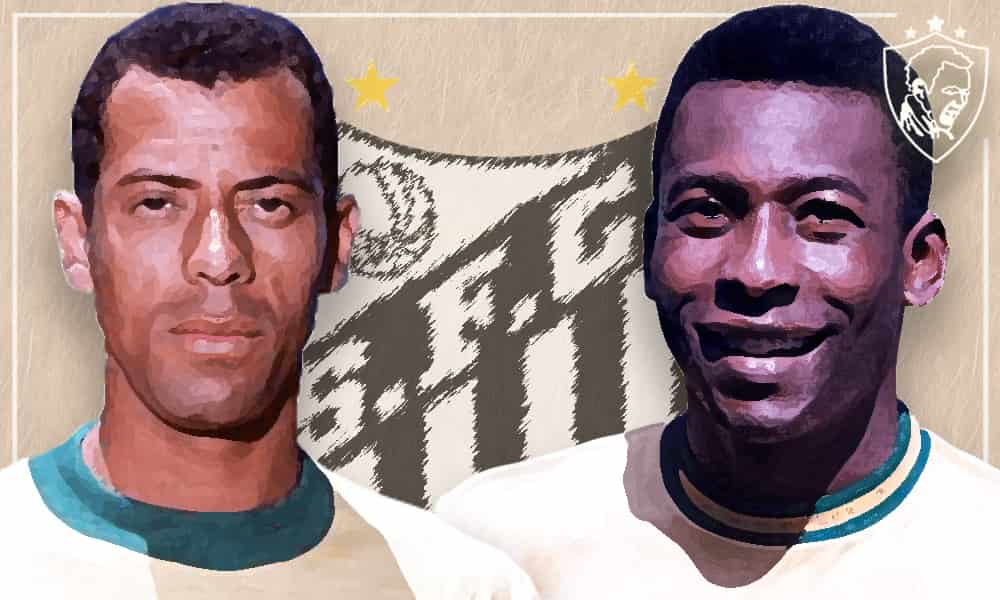 Usually, we’d talk about this type of ‘telepathy’ between players who are stationed closer together on the pitch, so these two really are in a class of their own.

Best known for their exploits at international level, the relationship between Pelé and Carlos Alberto really came to the fore by the 1970 World Cup final. A competition where ‘jogo bonito’ really was on display for all to see with the striking talents of the former benefiting greatly from the leadership qualities of the latter.

However, it’s clear to understand that a partnership like theirs doesn’t just come up on a grand stage like. Sure, there are studies about how an occasion as big as this can help to breed some form of common ground to work towards the same objective. So surely, there must have been some form of practise or team-building exercises which worked its way into a climax like the eventual 4-1 win over Italy, and if you think that way, you’d be right.

Representing Brazil, the careers of Pele and Carlos Alberto were slightly different from one another – but only when it came to timings. Both had a very distinguished career for the Selecao and are more than revered by their home support as things stand today. In fact, in their respective positions, both striker and right-back are widely regarded as the greatest in their positions to ever sprout from South America – let alone in Brazil!

Pele famously burst onto the scene in the 1958 World Cup, whereas it took his friend Carlos about seven years to get to that stage. Having said that, there were only four years between them, so there was plenty of time for the elder striker to make nice with the team’s eventual captain. But remember, these guys had a club to work for as well.

Almost just as famous as their international careers were both of Pele and Carlos Alberto’s CVs at club level. Where, out of the two clubs the former had played for, both periods enjoyed a union and reunion with the latter. Beginning with Santos, they enjoyed eight seasons (and over 400 appearances) with each other, with the pair (somehow) being directly responsible for more than a goal a game throughout that period.

That’s the type of return one would deem unreasonable to expect from even the biggest and most fruitful striking partnerships. Because, on stats alone, these numbers would rank them as more efficient than Dwight Yorke & Andy Cole throughout their illustrious time at Manchester United. That’s nothing short of mental, isn’t it?

Over time, Pele and Carlos Alberto developed a very unique and idiosyncratic partnership on the football field. Remember, even at the best of times, they’re rarely going to be within a penalty area of each other throughout the ninety minutes. Though fortunately for them, Alberto was able to rise steadily through the Santos ranks to prove valuable from a more advanced position (as a more conventional wing-back than traditional full-back).

He also possessed an unerring level of guile and shot power in order to pose a threat when breaking between the times. So, when he ended up in a position with which to influence the game, he was either ready to go ahead and take the show on himself or lay it off to the closest striker beside him. Which was usually Pele.

Pele famously retired in 1974 to cut short his fruitful career and partnership with Alberto, but just to emphasise the brotherly love between the pair, he came out of retirement (again, very famously) to sign for the New York Cosmos in the newly-formed North American Soccer League. Among many others, Alberto would join him in 1978 to give the ‘Pele and Carlos Alberto’ partnership another go. Which ended in two domestic titles and a play-off run to confirm to their new supporters the truly legendary status of their latest recruits. A fascinating development for both.

What do you remember most from the greatest moments of both Pele and Carlos Alberto’s career? Let us know in the comments below and share this on social media if you liked it!