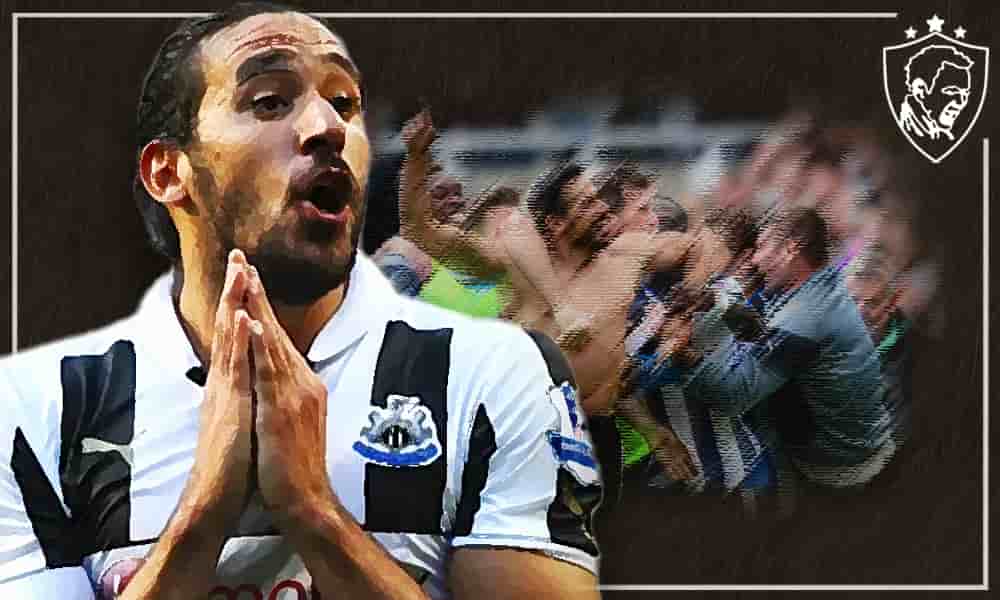 The Tragic Mistreatment of Jonas Gutierrez at Newcastle in 2015

The proud Geordie outfit haven’t covered themselves in glory for a lot of reasons, and their treatment of one of their most reliable servants is a testament to that.

I was always a big fan of Jonas Gutierrez from the moment he joined Newcastle around 7 years before he retired, but even with my obvious personal bias aside, players like him deserve better than what he got …

In the game we love, transfers are pretty central to its successful operations, and they can come in various shapes and sizes. As we’ve looked at in a previous article, players can leave for no money at all, and at the opposing end of the spectrum, players can cost hundreds of millions of any of the world’s major currency.

In fact, I wouldn’t be surprised if we had a billion figure being bandied around within the next decade!

But for me, I really enjoy the ones that are a little bit in between. Where a fee is required to transport a player from one club to another, but the fee itself is a double-decent one (big ups to Spencer FC).

I’m an Indian guy, so it shouldn’t surprise you to hear of how much I appreciate good business, and Jonas Gutierrez signing for Newcastle United in 2008 for £5.2 million, is just straight up … good … business!

At the time of his signing, Newcastle were going through one of their most turbulent points in their history – which saw the largely respected tenure of Freddy Shepherd and co. at the helm of the club replaced by the highest bidder. One which came in the form of a consortium takeover approach led by Sports Direct chain owner, Mike Ashley.

And things slowly began to take a turn for the worse.

Prior to his arrival, Newcastle were near enough at the top of the English football food chain, and were largely behaving like that at various parts throughout that section of their history as far as transfers were concerned.

They managed to snag a certain Alan Shearer from under the noses of Manchester United after he was destined to leave Blackburn in 1995, and even enticed the likes of David Ginola, Faustino Asprilla and Gary Speed through the doors at St. James’ Park.

But these times looked officially consigned to the books of yesteryear once a determined Ashley looked ready to control the purse strings a lot tighter.

And out of many of his signing at the start of his reign, a certain Jonas Gutierrez rose to the top.

Whenever Jonas Gutierrez was emblazoned with the famous black and white stripes of his Newcastle employers, he practically stripped himself of his South American roots and became a full-blooded Geordie for 90 minutes at a time.

He would work just as hard as anybody else on the pitch, give his heart and soul for the club and made sure that he gave back to the fans the energy and commitment that they provided for him.

And things looked up for the Argentine wide-man … until disaster struck.

In September 2014, it was revealed to the media that Jonas Gutierrez was in a long battle with testicular battle – a war which involved having the malignant testicle removed without any genuine return to the sport at the top level even on the cards.

But even then, in the face of adversity, Gutierrez’ dedication to his teammates never wavered – constantly supporting them on social media and funding local Newcastle projects, before making a miraculous return to the Premier League against Manchester United as a substitute in 2015.

Can’t lie, I cried a little that day, it was an absolutely beautiful moment for the guy.

“This was a day that I didn’t think was going to come, but I’m very happy to be here and play for this great club … I’m really proud to be a Geordie!”

Jonas Gutierrez
upon his return in 2015

Moving forward, he even managed to battle against relegation for the Magpies, with Jonas Gutierrez getting the second in a vital 2-0 at home to West Ham United on the final day of the 2015 season.

And how was he repaid?

By being let go at the end of his contract a matter of weeks after preserving their Premier League status – with little explanation other than some heresy between his teammates before the news filtered to the intended recipient.

Now, I know that football is a business, and as cold as it sounds, simply going through something like this doesn’t warrant a new contract at the highest level.

But when it’s somebody who has given his livelihood for your club, has triumphed over adversity just so he could repay your faith, and goes on to save your ass at the eleventh hour and earn you millions in the process, in my opinion, you make an exception.

In my opinion, Jonas Gutierrez deserved more than what he got.

Did you enjoy this article on the Ultra United Blog? Well, check out another one that we think you might like too! It’s a little different but click here if you trust us …