Loyalty is something that is almost lost on the itchy-footed players of today, and looking back on the Re Di Roma‘s career is one to saviour.

When Francesco Totti finally hung up his legendary AS Roma boots in 2017 at the age of 40, I can’t lie … I was emotional. Growing up in the 90’s loving Italian football (thanks to Channel 4 and James Richardson), Totti was a player that I adored watching my whole life.

Maldini, Del Piero and Pirlo are names that you most commonly hear when discussing Serie A greats (on these shores anyway), but to me no one stands out more than the undisputed ‘King of Roma’.

Growing up in the Italian capital and idolising Roma captain Guiseppe Giannini, batting off a lucrative offer from Milan at 13 and joining his boyhood team’s youth set up was a no brainer. Making his debut in 1993 at 16, he quickly established himself as a top young talent and two years later was soon a regular in Coach Vujadin Boskov’s team.

In 1997 Zdenek Zeman was brought in to manage Roma, and a young Francesco Totti was given his iconic number 10 shirt and placed on the left hand side of midfield where he could cut in and shoot from his right foot. At the age of 20 Totti had matured both physically and mentally displaying a greater responsibility in the team ending the season scoring 13 Serie A goals contributing to Roma’s 4th place finish at the end of the 1998 season.

He had also developed a reputation for scoring audacious chips that lobbed and embarrassed goalkeepers, which he made look so easy! (Trust me it’s not!) Despite not being called up by Italy for the 1998 world cup, his performances for Roma were recognised and he was awarded the Guerin d’Oro for achieving the highest average rating of any Serie A player.

Totti’s next season under Zeman would see him score another 12 goals, cement himself as a Roma icon scoring his first against Lazio in a dramatic derby, and being given the captain’s armband at the age of 22 (the youngest player to do so in Serie A history).

A record I doubt he’ll be relinquishing any time soon within Italian Football, that’s for darn sure!

Roma sacked Zeman in 1999 with the ambition of winning a Serie A title, and brought in serial winner Fabio Capello. With a new manager came a new position for the versatile Totti who was deployed as a playmaker behind the striker. This proved a masterstroke from Capello. A key man in his 3-5-2 system, Francesco Totti was the link between midfield and attack, using his sublime vision to create chances for strikers, Vincenzo Montella and a certain Argentinian maestro Gabriel Batistuta – you might have heard of him before?

Capello’s formation and system gave Totti reign to pull the strings and boy did he do that! With Totti able to roam free as he pleased, displaying some of the most impressive football of his career, the attacking trio combined for 49 league goals in the 2000/2001 season with Batistuta winning in the battle to be Serie A’s Capocannoniere.

Roma ended the season winning only their 3rd league title and with the awesome Francesco Totti crowned Serie A footballer of the year after a stellar campaign.  For a team that is not Juventus or one of the Milan’s to win a league title, is as common as a purple carrot and being the key piece in Capello’s puzzle made Totti a hero in his city of Rome whose fans had not celebrated a Scudetto since 1983.

After winning Serie A Italian Footballer of the year in 2000 & 2001 he also received a Ballon d’Or nomination, losing out to Michael Owen … which alerted the attention of certain European giants looking to prise Totti away from his boyhood club. Real Madrid were keen for L’Ottavo Re di Roma (The eighth king of Rome) to become a Galactico in Spain and Sir Alex Ferguson was also enticed into trying to lure Totti to a move to serial winners Manchester United.

Roma were unable to retain their title the following season losing out to Juventus by one point, and year by year their competiveness as a title challenging team diminished and more clubs were hounding Totti for his services.

In 2004 the Italian was on the verge of leaving for Real Madrid but backed out of the deal at the last minute with the determination to become a one club man over a serial trophy winner which elevated his legendary status to God-like. To the delight of Roma fans, Totti signed a new 5 year deal in 2005 and continued his solid goal record.

He was moved into a lone striker role by Spalletti in the 2005/06 season, where he would drop deep to pick up the ball instead of operating in the penalty area birthing the “false 9” position. Operating in this area Totti scored 15 goals but suffered a fracture to his fibula months before the World Cup in Germany.

In a race against time to get fit and a metal plate in his ankle he managed to make it in time albeit not 100% and a bit rusty. Italy went on to win the World Cup with Totti playing a key role in their progression to the final racking up 4 assists and being named in team of the tournament.

The following season was to be Totti’s most fruitful, he ended the campaign as the league’s highest scorer with 26 goals, and also picked up 15 assists across all competitions. Roma had come second in Serie A and Totti also helped win more silverware for Roma beating Inter Milan over two legs to secure a Coppa Italia trophy.

By the age of 30 Totti was continuing to rack up goals and and his position was altered once again to a number 10 behind the strikers in a 4-2-3-1 formation. The Italian continued to provide impressive numbers deep into his 30’s, used sparingly at times to manage his fitness, and given a freer role Francesco Totti managed to break all kinds of individual records through his ridiculous levels of longevity.

By the time “the golden boy” retired in 2017 after a 23 year career, he had racked up the most ridiculous list of individual and team awards. With over 750 appearances Totti’s 246 league goals makes him Roma’s highest ever scorer and puts him second on the all-time Serie A goal scorer charts which is impressive considering he has never been a fully-fledged striker. His consistency and longevity over such a long period has been spectacular.

Regardless of the world cup winner’s numbers, Francesco Totti was a lovely player to watch with immense quality, being able to dribble, shoot and pick a pass he was the whole package. What also makes the Italian playmaker so special was his refreshing devotion to his boyhood club. No one would have looked down on him if he had left after winning a league title with Roma to seek European glory with Madrid or Manchester United.

Because of his loyalty and love for his club, Francesco Totti will remain a King in Rome forever and without doubt go down as their greatest player of all time and Serie A legend.

Francesco Totti and Roma is another beautiful footballing love story that should never be forgotten. Tweet out this story using the button below and tag us in your favourite ever Totti x Roma moment!

Wishing a full and speedy recovery for #LFC starlet, Harvey Elliott 🙌🏽 Really distressing scenes at #LEELIV and no player deserves to go through what he just did. 😔 #Liverpool Stay strong, mate 💪🏽 https://t.co/Rfyv1FQtWz

𝙏𝙝𝙚𝙧𝙚’𝙨 𝙣𝙤 𝙥𝙡𝙖𝙘𝙚 𝙡𝙞𝙠𝙚 𝙝𝙤𝙢𝙚 🏡 … … just ask #Ronaldo & #Lukaku 😝 It’s going to be one hell of an #EPL (and #FPL) season with these two at the peak of their respective clubs. So, let’s strap in for the ride! 🎢 https://t.co/ZV30BrGVhG

Hey you! Yeah … you 😝 Are you looking for something to satisfy your quest for #football nostalgia? Well then, we got you covered! ↙️ Follow us to stay right up to date with latest uploads and clock the link in our bio to get reading right away! 😌🙌🏽 https://t.co/6nwOjeETIT 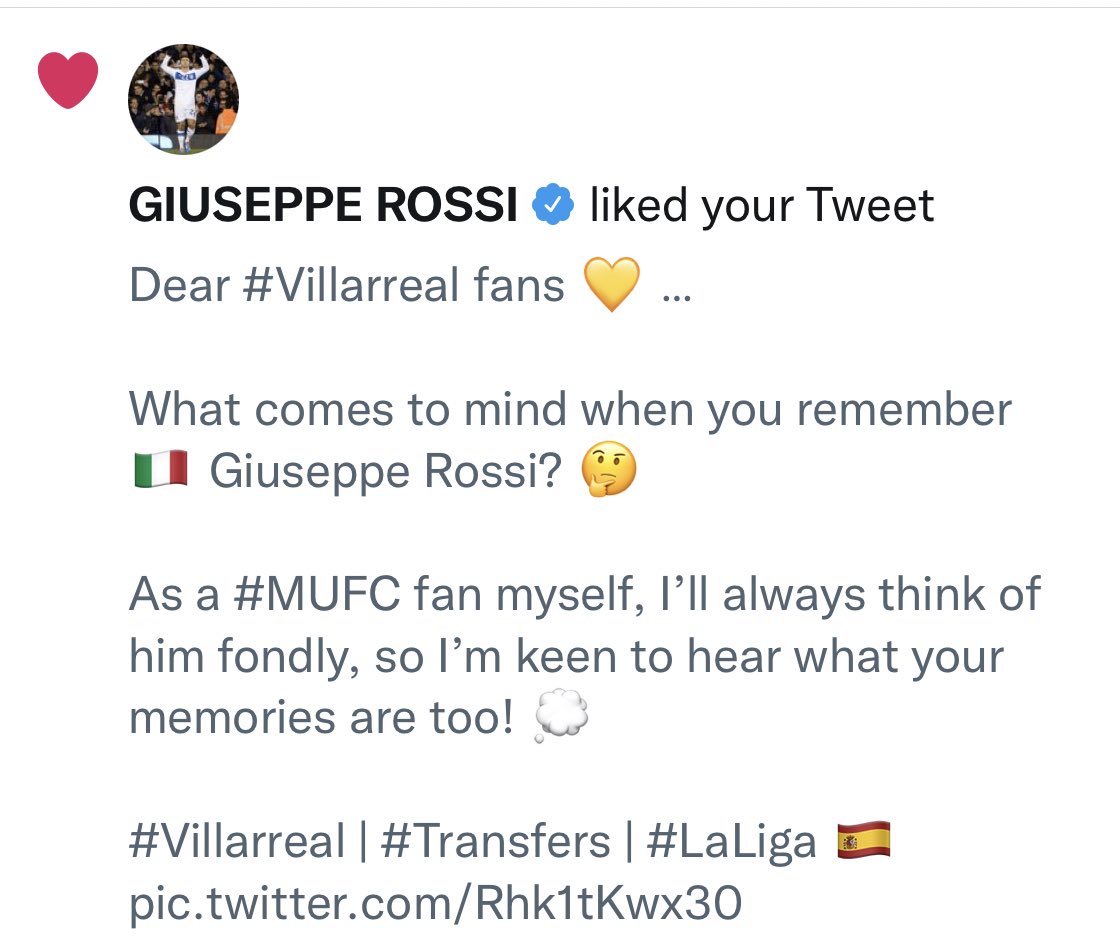