The Euros, Diversity & The Power of Sport 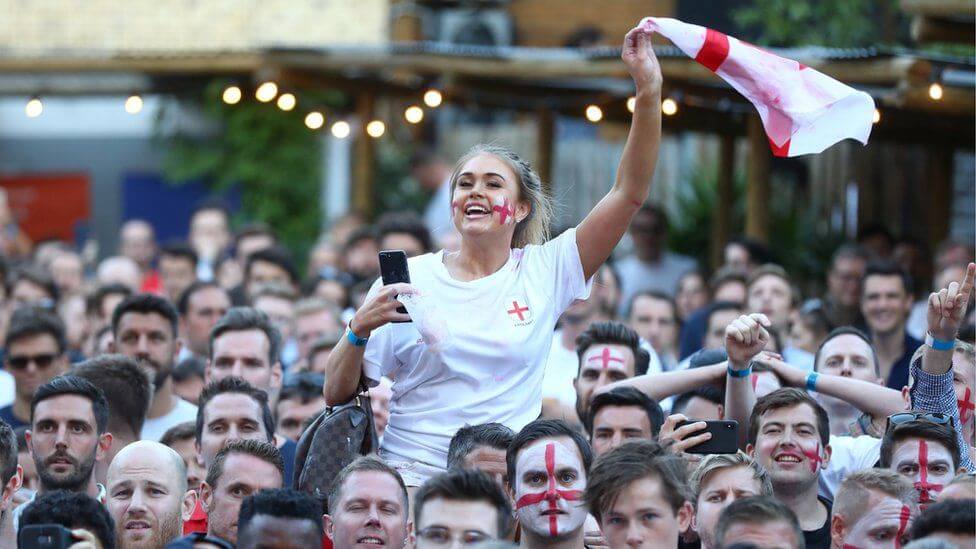 Whatever the situation and whenever the era we discuss, it seems as though the power of sport continues to serve as a powerful reminder to stay united and together in a sea of disunity.

The world seems pretty divided at the moment doesn’t it? The news channels are a concoction of pandemic pressure, Piers Morgan vs everyone (too soon?!), Brexit and the economic downturn, not to mention what’s going with Boris’ hair. But all is not lost. Better days are coming, and here’s why …

The power of sport is a magical thing, and nothing has the propensity to unite people like a major tournament. Cast your mind back a few years to the Summer of 2018. Freed From Desire is on repeat, the country is engulfed in a heatwave and most importantly, the World Cup is in full swing. Seems a lifetime ago now right?

Remember the outpouring of relief as Harry Kane’s 91st minute winner went in against Tunisia, the pints we threw at Pickford’s penalty save and the downright euphoria of Trippier’s free kick? Those memories will live with me for a lifetime, not just because I was watching our national team win football games, but because of the people who we shared those moments with: family, friends, and most importantly, strangers – the nation came together under the notion that it was coming home. So now, with the Euros on the horizon, I’m backing the power of sport to heal the scars of what feels like a fractured society.

Kicking off on Friday 11th June, Euro 2020 (yes, UEFA are still going with that name) is set to be an extraordinary spectacle and, if you’re an England fan, a tournament full of promise. Whilst we’re still unsure of exactly who will “be on the plane”, Southgate’s side will be a wonderful and diverse mix of all England has to offer.

Sterling to Stones, Grealish to Gomez, Saka to Sancho, Mount to Mings and Rice to Rashford, we are so fortunate to have a team made up a different shapes, sizes and heritages. We should embrace the fact that this new and exciting side will showcase an array of cultures and backgrounds, with players from all walks of life contributing to aSmörgåsbord of talent we can be proud to call our England.

The cricket fans among us will have no doubt recited the events of the 2019 World Cup Final against New Zealand, with the match culminating in a tie at the end of 100 overs, followed by the heart-in-mouth drama of the super over where England won by the very barest of margins. What maybe doesn’t get told as often, is the stories behind the players who were crowned champions.

The hero with the bat, Ben Stokes, was born in Christchurch New Zealand (ironic right?) and moved to the North East of England around the age of 12. Paceman Jofra Archer was born and raised in Barbados and moved to England in 2015 – he was eligible to play for England as his father is English. British Muslims and South-African-born Englishmen all featured in a side captained by Eoin Morgan, who was born in Ireland. This bunch of extremely talented individuals all came together to showcase one of the most memorable climaxes to any major tournament, and ultimately create a piece of English history.

Like I’ve said, the exact team Southgate will select is still unknown, but whether you agree or disagree with the squad selection, I for one will be 100% behind anyone who steps on the pitch with three lions on their shirt. It is our job as football fans to champion diversity; to celebrate an England side that truly represents our multicultural country.

As the COVID vaccination roll out continues to accelerate and the worst of the pandemic (fingers crossed) is behind us, we can look to this summer to be a time where, whatever your gender, race, religion or political stance, sport, in particular football, has the power to unite a nation … no pressure, Mr Southgate! So, much like Delia Smith’s episode at Carrow Road, this is a Raleigh cry for all football fans to come together, unite, back the boys this summer and allow the power of sport to help make the world a better place. Let’s be ‘avin you, England!

Can you think of any other times where the power of sport united the world? Get them down in the comments below!