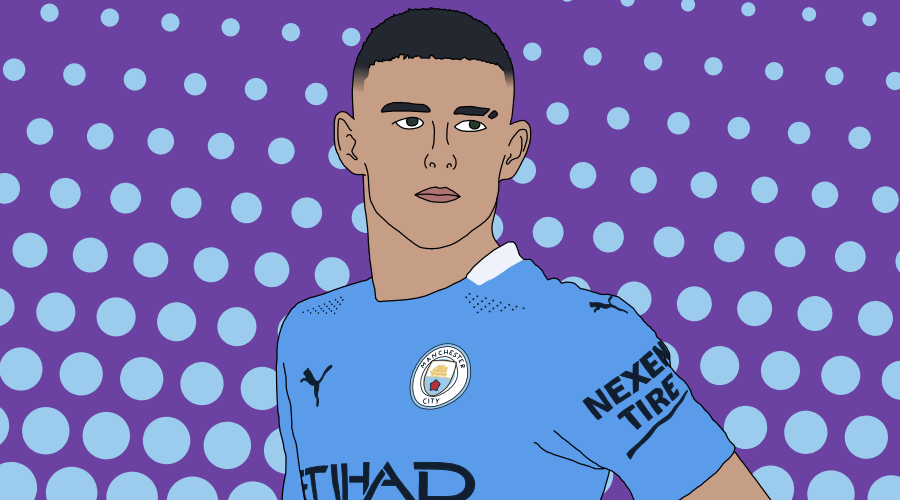 With the prospect of a lockdown-less European Championships fast approaching, a name close the lips of the national is that of rising star, Phil Foden …

As it stands, Manchester City are sitting comfortably at the top of the Premier League, after having gone unbeaten in the competition since November, their only defeat coming to their Manchester rivals as recent as a couple of weeks ago. Despite missing two of their star men – Kevin De Bruyne and Sergio Aguero – for many of their fixtures at the beginning of 2021, that hasn’t stopped Manchester City from kicking on … and there is one man in particular who has shone brightly since then.

I’m not even talking about Ilkay Gundogan, who has been unplayable at times during recent weeks, but rather the man who plays a lot less than he does – Phil Foden. In Gundogan’s absence earlier this year, and without the likes of De Bruyne, Foden has proved himself to be an integral cog in Manchester City’s goal-scoring machine – snatching the opener in a recent game against Everton, alongside scoring once and assisting twice in their game against last season’s champions Liverpool.

When he’s played he’s been a real goal-scoring threat, as well as enabling City to create chances – and you can see this just by watching him. His achievement of 11 goals in all competitions this season, as a young player, is bettered only by the phenomenally gifted Erling Haaland of Borussia Dortmund. It’s looking like the goals are going to keep coming for the youngster and Pep predicts that he could become ’10 times more extraordinary’ than he already is! So, he’s playing some great football, scoring some unbelievable goals and is only 20 years old – are we looking at the next star of English football?

Unfortunately for Foden, he found himself in Gareth Southgate’s bad books when he was called up for international duty in September. After breaching coronavirus protocols in Iceland, he was immediately dropped from the squad. But he has more than redeemed himself with his playing ability in the time that has passed since then. After being recalled to the squad in November, he bagged himself a brace in the game against Iceland.

What’s more, with a whole host of young talent up front for Southgate to choose from, Phil Foden’s ability to not only play in a number of positions, but also thrive in them, should set him apart from his colleagues. Foden’s patience, despite Pep’s insistence on benching him for much of the season, has held strong, which can only serve him well in the future for his club and international career.

Playing and training with world class players every day will certainly aid Foden’s development as a player and it’s only a matter of time before he reaches the heights of Southgate’s starting eleven. Undoubtedly, by the time it comes for Kane and his cohort to hang up their international boots, Foden will be well-positioned to step up and keep doing what he does best …

Southgate has a host of talented youngsters to choose from in terms of young English forwards – the likes of Mount, Grealish and Maddison spring to mind – all of whom have been performing at the top of their game in recent weeks. But given time, and with playing consistently for his national team and for Manchester City, I believe there is a lot of scope for Phil Foden to develop into England’s next big star. I guess, only time will tell!

Do you believe that Phil Foden will become England’s focal point in the years to come? Let us know in the comments below!