The ‘Dentist Chair’ Revenge for England at Euro ’96 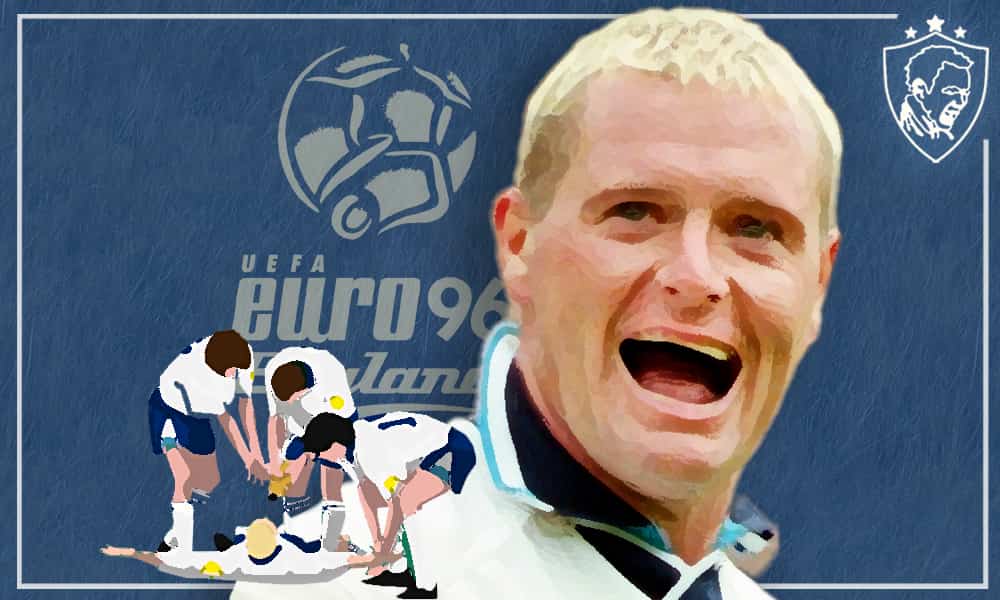 In case you’re unaware of what I mean by the ‘dentist chair’, let me describe it to you. Taken un-literally, it’s a drinking game made to mimic how a patient sits when observing a dental examination. Whereby they’re elevated backwards, with their head pointing to the ceiling, and asked to say ‘Aaaaaah’ with their mouth wide open.

Only, instead of then having your poor dentures rattled with that horrible metal mirror actual dentists insist on using per tooth, the ingredients of your favourite cocktail are poured down your throat. So, given that I’m a great lover of the Pina colada, by own dentist chair experience would see some rum, coconut milk and pineapple juice flung down my windpipe before I stand up all woozy. Might not mix as well, and it’s been made illegal in the UK … but still!

To you, I, or anybody else considered to have a ‘regular job’, we can technically do something like that in a safe setting if we wanted to. Provided we aren’t reckless and do things in moderation, we don’t necessarily have to worry too much about somebody snapping a picture of it and the public condemning us. Admittedly, you might not want your boss or someone like that to see it on social media, but it’s not like it will make headline news.

As Gazza and co. would come to find out in the run-up to their campaign at Euro ’96, even in the absence of smartphones, the media vultures are usually ready to circle from quite nearby whenever you do something wrong. Especially when it’s painted under the guise of ‘something a football player shouldn’t be doing’.

So it came to pass that media tabloids like the Sun and News of the World (the epitome of trash when it comes to football journalism) picked up the story and ran with it. Leading with headlines that denounced the integrity of everybody involved, not least the red-faced Paul Gascoigne who appeared in frame for most of the pictures found.

Having had a strong club and international career, injury issues and personal knock-on effects had somewhat stunted the meteoric rise of Gascoigne up until this point. So, it’s not like the media even needed something like watching his mess about in the dentist chair before getting on his back. But ever the one to rise to the occasion, the enigmatic Geordie knew just how to kick back at those who ever had the gaul to doubt his dedication to the cause.

Drawn against Scotland in the Group Stage of Euro ’96, tensions were running considerably high as Wembley filled with anticipation to see which one of these neighbours would come out on top. Alan Shearer helped to calm some of those in the England camp by opening the scoring early into the first half, but infrequent (though clear) Scotland chances for the rest of the opening 45 meant that a second was needed for the Three Lions to relax.

As it happened, a looping ball through to Paul Gascoigne gave him just the platform he needed. Jinking past Colin Hendry, before leaving him flat on the desk, he loops the ball over the bright-haired Scot before striking the ball with his opposite foot before it had the chance to touch the ground. It really was an iconic goal in its own right, that!

Upon the ball hitting the back of the net, Gascoigne assumes a ‘dentist chair-like’ position by the touchline – before his compatriots surround him and spray his face with Lucozade. A direct indictment of the incessant media attention surrounding that pre-competition boozer. And a reminder of how we should never write players like Paul Gascoigne off. Sure, he could have a bit of a boozer at times, but when the time came, he really knew how to put on a show!

What do you remember most about that whole ‘dentist chair’ debacle for England at Euro 96. Let us know in the comments below and share this post if you liked it!