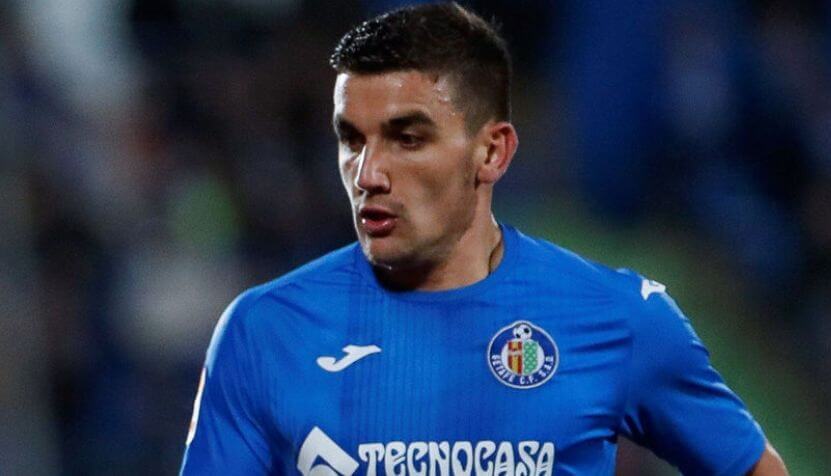 A man whose name is being bandied about in multiple news outlets at present, let’s take a closer look at this guy.

At face value, Mauro Arambarri seems to be hitting quite the purple patch in his career right now. Prior to his current spell in La Liga with Getafe, the Uruguayan midfielder had a relatively underwhelming professional career with spells at Bordeaux and Boston River serving as the preamble for his current Spanish display.

Deployed in a deep-lying playmaker position, I have been quite impressed to see how calm this lad is in possession. Standing at around 5′ 9″ and not all that confident on his weaker left foot, he has a very good change of pace which compliments this natural whit to know where the danger is and navigate around it. Then, once out of that danger, he isn’t all too partial in getting his head down and driving the play forward for his side.

Almost as immediately as his name was thrown into the rumour mill, key outlets have been quick to find some sort of comparison to make life as easy as possible for their readers. Now, this is something we detest here at Ultra United, though I imagine that Mauro Arambarri’s connection with Lucas Torreira is as much about their familial national connection as it is their tendency to go into the referee’s book.

Though they haven’t had much opportunity to play with each other, Arambarri’s 10 yellow cards in three times as many appearances suggests that they both share a bit of a nasty streak. Though I would profess that his cautionary tale is one of being caught out of position, than one of malicious intent – not exactly a good thing, but still.

Main reason being, that Mauro Arambarri is (with the greatest of respect) playing in a largely underwhelming Getafe side this season. Who, despite having talented lads like Nemanja Maksimovic and Marc Cucurella in and around him, have offered very little going forward. Hence why Arambarri might have felt the need to take matters into his own hands – scoring three outside-the-box belters this season to be joint third top goalscorer for the club this season. With primary marksmen Angel Rodriguez and Jaime Mata each leading the way … with five.

Over the past two seasons, Mauro Arambarri has amassed over 65 appearances for the club in all competitions, and has proved a consistent figure in the deeper section of the team’s midfield. But from what I’ve been able to scoop up on him so far, I still think there is some maturing to go before being considered a top prospect for bigger sides.

Currently 25 years old (turning 26 this year) with 4 international caps and a wealth of love coming in from his home supporters. I would personally advise that Mauro Arambarri stay in La Liga for another season (should Getafe stay up). Then, once fans are back and we get another year-or-so to assess his abilities in tougher circumstances, we can perhaps begin to make sense of his rough €30 million fee. Because right now, it doesn’t quite add up for me. Especially when his main links have been with United – who need more defensive reinforcements.

What do you make of Mauro Arambarri? Let us know down below!