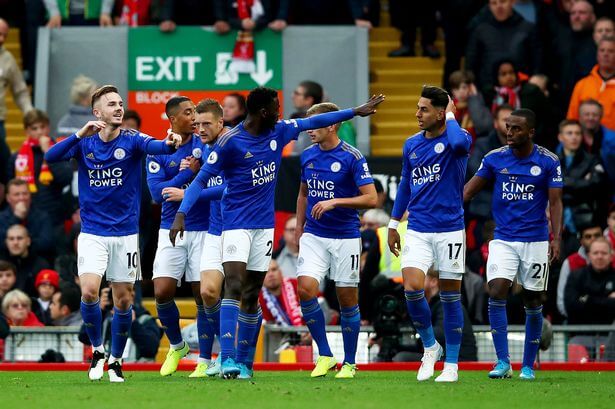 Given where they once were, where they have since been and where they can still go, we gotta ask ourselves: Are Leicester City Football Club the best run club in England? Well …

In 2008 Leicester City hit an all-time low, as they found themselves in League One after a disastrous few seasons which had seen them plummet from being a promising Premier League side led by Martin O’Niell, to outside the top two levels of English Football after going into administration in 2002. Oh (it seemed), how the mighty hath fallen …

In 2010, ‘The Foxes’ were struggling in the Championship and were taken over by Thai duty-free billionaire Vichai Srivaddahanaprabha who purchased the club for around £39 million. Since then, the employees at the ‘King Power Stadium’ have undergone one of the quickest rises to the top tier of English football before, rather spectacularly, achieving the greatest football fairy tale along the way.

After winning the Premier League against the odds, with a couple of bumps and managerial dismissals along the way, Leicester City have recently established themselves as a top side in English football in the last 2 seasons, competing domestically with some of the richest teams across the game’s landscape. There is also this growing sense at the moment that Brenden Rodgers is creating something special; in that his side are capable of competing for a consistent European spot. And as things stand, they could achieve that in time for next season!

At the end 2018 tragedy struck Leicester when their beloved owner was killed in a helicopter crash leaving the stadium after a game. The death sent the city into mourning with thousands congregating in the streets to leave flowers of appreciation for everything he had done for their beloved club and region. Vichai was a hugely popular owner who would attend every game and had a special bond with the fans.

There are not many clubs in the Premier League where the support hold their owners in such high regard, especially when those like Mike Ashley continue to claim their status at the top. The late billionaire owner had a history of giving back to the community; including having donated over £2 million to Leicester Children’s Hospital. An organisation which has since paid tribute to him by having both new intensive care units named in his honour.

Beyond this, the King Power owners became renowned for providing small, thoughtful touches for their supporters such as a free match day pint and pie, or complementary scarves, which simply doesn’t happen at most other football clubs in the Premier League. His son Aiyawatt (who now runs the club) has continued his father’s philosophy, most recently the club offered £610,000 to worthwhile charities and organisations in the city, as well as donating £800,000 towards the restoration costs of Leicester Cathedral.

It is all well and good engaging with fans, giving back to the community and keeping the support happy in that manner, but part of running a successful football club is the recruitment, behind scenes decisions and results on the pitch, which Leicester City have thrived in recently. Some of the business the club have conducted since the takeover in 2010 has been outstanding, and in the last ten years it is difficult to think of a Leicester city transfer that has not worked out. Maybe Ismael Slimani. Other than that there is a very long list of great signings that have not only delivered on the pitch but also generated huge profit.

Jamie Vardy is an early acquisition that really stands out. Bought for £1 million in 2012, Vardy has helped Leicester City Football Club achieve promotion, win a Premier League title and scored 115 top flight goals on the way, becoming their greatest striker of all time in the process. The Foxes have also received huge profits on the sale of players such as N’golo Kante, Riyad Mahrez, and Ben Chillwell who were all acquired very cheap.

The most notable sale for Leicester was of England centre back Harry Maguire. Everyone knew in the summer of 2019 that Manchester United were desperate for a new centre back and they and other top clubs spent the summer sniffing around Leicester’s star defender. Leicester knowing United’s desperation were unwilling to budge on a ridiculous price of £80 million knowing that they did not need to sell. Leicester held out and eventually Maguire was sold late in the market to Manchester United for that exact price. Great stuff!

Since Maguire has left he has struggled at times at United on and off the pitch, but the two centre backs that Leicester have signed since his departure have been excellent. Caglar Soyuncu, a relatively unknown defender was signed from Freiburg for £18.9 million and has been extremely solid and produced some outstanding displays attracting the attention of some big clubs. 19-year-old Wesley Fofana was brought in from Saint Etienne for around £30 million and has also been remarkable since wearing the East Midlands blue.

Furthermore the club have invested in some top young talent for very reasonable prices, most notably James Maddison, Youri Tielemens, James Justin and Harvey Barnes who are all thriving and will have great careers. Through high level recruitment Leicester have managed to create a great squad with real depth, which has helped them navigate themselves through a tough season were all teams have been suffering with the amount of games in quick succession by being able to rotate and rest certain players.

The Leicester City owners have also demonstrated their ruthless side and shown that they are not afraid to make bold decisions if needed. In February 2017, after a disastrous league defence that saw them one point above the relegation zone with only 13 games remaining, their treasured Claudio Ranieri was sacked. The Italian’s sacking was heavily frowned upon at the time, but although harsh, the owners demonstrated a braveness needed to run a top club and were able to put nostalgia aside for the benefit of the club’s long-term development.

After an underwhelming period managed by Claude Puel who was keeping Leicester floating mid-table, the board identified young, ambitious and experienced manager Brendan Rodgers, as someone who could help elevate them into a team that could compete for a European spot and beyond.  His side has since become renowned for their expressive and attacking football that press with great energy – testament to both his own tactical qualities as a coach and the ability of his brigade to act upon his instruction. All in all, the sky really is the limit for this lot!

On their current trajectory, where do you think Leicester City Football Club will be in the next decade??