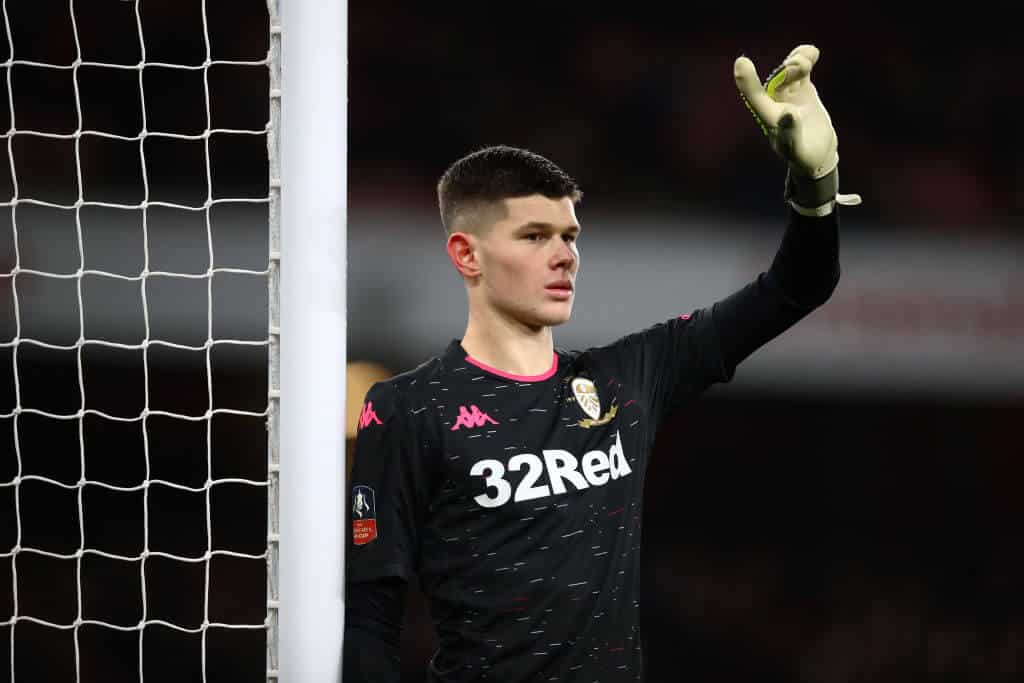 It really was going to be ‘sink or swim’ for any ‘keeper to fare well in this Leeds system. But credit to him, Illan Meslier has done well.

I think I’m with a lot of the footballing world when I say Leeds United being back in the Premier League is something that has been a long time coming. With their expansive, fast flowing football it’s clear to see the goal shared by Marcelo Bielsa and his team when stepping out onto the sacred turf of Elland Road and other opposition grounds. That is: to get their three points in style – kind of like how Buzz Lightyear would explain his flying style to onlookers in each of the first two Toy Story movies. Anyway …

After 17 games into the 20/21 season, Leeds United currently sit in 12th position with 7 wins and 8 defeats. Despite the overall elation experienced by the Leeds United faithful and their returned Premier League status, they have had their fair share of defensive woes which could put a stop-gap to that enjoyment. Leeds United concede, on average, 1.94 goals per match. Thanks primarily to their ‘all-guns-blazing’ pressing style which leaves them exposed at the back, and the fact that they have a youthful, inexperienced Illan Meslier deployed to bail them out of trouble!

The 20-year-old Frenchman initially joined Leeds United on loan from Lorient in 2019. This deal was then made permanent in July 2020, for a fee believed to be around £5,800,000 – where he was forecasted to act as the understudy-cum-successor to the ageing Kiko Casilla. Having made his Premier League debut at the start of the season, Meslier has kept 6 clean sheets so far, and in doing so, has become the youngest goalkeeper to reach 5 clean sheets since Joe Hart in 2007. Which, in the thick of it all, is a very handsome honour to obtain for somebody so inexperienced in England.

Despite this, Meslier been at the forefront of some stern criticism in recent weeks due to a few moments where his lack of confidence seem to undermine Bielsa’s infamous style. True to form, Marcelo Bielsa expects a similar showing of fluidity from his back line as he does from the front, therefore Meslier himself has had to adopt this ‘keep calm and play it out from the back’ approach which is becoming ever-present in today’s game. However, let’s just say that playing football … with your feet … isn’t exactly the Frenchman’s strong-suit.

This was particularly evident in the recent performance against a ‘Sit back and counter-attack’ Spurs side, which gifted them an early lead before dropping yet more points on the road. And judging by the current headlines, it seems to have sped up the narrative that Illan Meslier could join a number of ‘youthful flops’ to be chewed up and spat out at Elland Road. But given his age and evident level of potential, I think this is a gross misconception of a ‘keeper who has years to hone his skills.

Lest we forget, Illan Meslier has already shown himself to be a key component to Leeds United’s recent success when the game suits his own style. Just because he’s not that well adept at playing out from the back and organising defences just yet, does not mean that his overall qualities should be overlooked. As far as we can see, he’s a very imposing stopper who’s strong in the air and is good in one-on-one situations and, given the correct management style, will be able to rebuild the semblance of confidence that endured in the earlier stages of the season. It’ll be a while before he can rival Hugo Lloris for the French number one spot, but cultivate his development carefully … and the young man could come close!

Comment your thoughts on Illan Meslier down below to let us know what you think of him!

2 thoughts on “Let’s Take it Easy on Illan Meslier!”