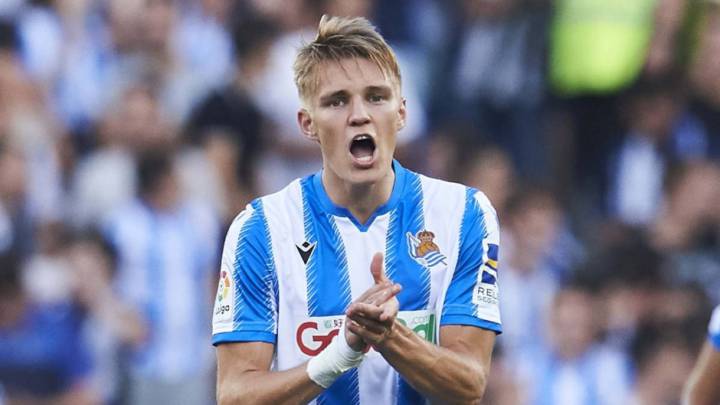 Martin Odegaard is a name familiar to anyone prone to a FIFA career mode or a Football Manager save but might be less familiar to the average football fan.

Now, it seemed Odegaard’s career was destined to end up like the other ‘next Messi’s’, spoken about for a couple of years but ultimately forgotten as quickly as their half-impressive season and ‘wand of a left foot’. He found himself sprung into the limelight aged 15 when he made his debut for the Norwegian national football team – becoming the youngest player ever to feature for Norway on the international stage. This, to any football fan, is the last thing they want to hear as success so early on very rarely breeds sustainable performances at the very top of the game. I mean, just ask any other player who’s been touted as ‘the Next Messi’ in the past decade!

Like those before him, Odegaard had the impossible task of trying to live up to expectation that had been placed on his shoulders. And what is hard in this situation for the player isn’t the expectation but more the overnight success that everyone now assumes is a given. In short, he was in an impossible situation, which was seen a few years later down the line when at 20 years old he was already regarded as a ‘failure’ and a ‘flop’. Imagine that – having your entire career cast aside before it even had a chance to get off the ground! Football can be a really cruel game, sometimes.

How can you live up to one of the greats of the game whilst still trying to develop and craft your game and skills? You can’t is the answer. The sporting world is fickle and outdated, focusing on instant success rather than an understanding that long-term prosperity is much more organic and fulfilling for a young player.

Martin Odegaard was obviously one of the most talented footballers around for his age when he was 15, but seeing as most players don’t enter their peak years until they’re around 27 tells you what you need to know about the unjust pressure placed on his development. Not least because his premature status was already beginning to turn the attentions of Europe’s big players before puberty could really take hold.

On 21st January 2015, Odegaard signed for Real Madrid for a reported fee of £3 million, still only 16 years, and earning £80,000 a week. Anyone who knows football will tell you that’s not a very pretty or romantic sentence, it stinks of hands shaking and monetary gains. It doesn’t take into account the needs of the player and risks sacrificing a talent for the sake of a couple of bob. The state of football is not the backstory for this article but it does add some context to the whole story, underlining what should’ve been an exciting transfer for a young prospect, with the seedy nature of how agreements are concluded.

Thankfully for Martin, his retirement years have been better to him, finding form at the ripe age of 22 in an eye-catching Real Sociedad team. His stellar performances last season ultimately earned him a call back from an initial two-year loan spell. So, it will be at Real Madrid where he tries to solidify his place amongst the best talent at the club and in Europe; where baring an injury or a twist of fate, Martin Odegaard looks as though he has all the necessary attributes to excel amongst Europe’s elite. Hopefully this won’t be the last time we speak of him positive here at Ultra United.

What do you think about the development of Martin Odegaard? Stick your thoughts in a comment and let’s chat!

previousLet’s Take it Easy on Illan Meslier!
next5 Football Books To Keep You SANE in Lockdown!