You know, I reckon that it’s time we start remembering Keith Gillespie in a way that his talent deserves.

Ask the majority of football fans what they think about Keith Gillespie, and a bemused face might confront your question. Then, perhaps after some deliberation with their internal voices, they might remember that he was the subject of a big intra-Premier League move in 1995 between Manchester United and Newcastle United.

But even then, Gillespie himself wasn’t the person within that move that everybody was talking about – and it’s a shadow from which I want us all to take him out of.

When Andy Cole moved to Manchester United in January 1995 in a record-breaking £7 million deal, all of the talk was (and has largely since been) about the impact he would come to have in ‘Devil’ red, yet beneath the service, Keith Gillespie was included as a make-weight in the deal (believed to be worth around £1 million) and was pivotal to getting the arrangement over the line.

Such was the respect Keegan had for Keith Gillespie that I doubt a move would have materialised at all for Andy Cole to move the other way, without the Northern Irishman featuring in the arrangement back to St. James’ Park.

In fact, Kevin Keegan himself has been filmed in quoting his admiration for the Northern Irishman; and his involvement with the Magpies in the years to come is reflective of that – as is Keith Gillespie’s own admiration of the legendary former striker.

Which is always nice to see isn’t it – mutual admiration in the football world.

If anything, I suspect that perhaps having all of that media attention away from himself and onto the departing Andy Cole allowed Keith Gillespie to flourish on his own. All he’d have to do is endear himself to the ‘Geordies‘ and he’d be ‘alreet’ in the black and white of Newcastle United.

To be honest, given his elected style of play throughout his career, I don’t think that this concept of being ‘taken to’ by the St James’ Park faithful was ever going to be in doubt for him.

Keith Gillespie couldn’t have arrived at a better club, under a better manager … and at a better time in his career (both in regards to his own personal attributes and that of his new employers at the time).

The winger himself was only 20 years old at the time of the move, and his spritely, dedicated, paced charges up and down the wings of the Premier League were of particular fancy to Keegan and his ‘Entertainers of the North East’. If only they could defend, aye?

Then maybe Newcastle’s trophy cabinet would be nearly as reflective of how proudly regarded they’ve since been.

Nevertheless, Gillespie was a pivotal fixture in Keegan’s renowned Magpies side, and word on the streets is that his regular appearances for them had courted the attention of the very recruitment department from the club that had let him go! That’s right, Sir Alex himself and his motley crew of analysts and book-balancers had realised the gravity of their error in letting someone of Keith Gillespie’s stature form a simple makeweight in their move for Cole.

Hence why Manchester United launched a £4 million in the summer after his move to bring him back. And if not for David Beckham’s emergence soon after, he would be remembered very differently in red.

Or it could have affected Ryan Giggs via competition for his place – who knows!

But as we know, sometimes things aren’t always as they seem – and it’s a goal of Ultra UTD (‘Ultra United’) to speak about things that better reflect the light which reveals their true nature; as opposed to whatever nostalgia or the opposite forces them to appear to be.

And in the case of Keith Gillespie, we have a very tricky, quick and talented winger who was successful in his own right. So let’s stop clouding our judgement with the circumstances which brought him to a club like Newcastle United, and instead focus on how much of a good business decision it turned out to be … when pretty much nobody could see it at the time!

Any Newcastle fans about? If so, Tweet us your favourite moment of Keith Gillespie in the North East! 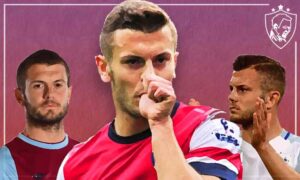 The Rough ‘n’ Tumble Rollercoaster Journey of Jack Wilshere (since ’08)

16th February 2011 was the date we England fans thought we had witnessed the best English talent since Paul Gascoigne. It was the evening where a

Remember when the Argentine crossed that fabled Manchester divide and went from red to blue? Yeah … still hurts! Have you ever been cheated on

As part of a new series to see how the great teams have been built over time, we begin with Arsenal and Thierry Henry. Newer 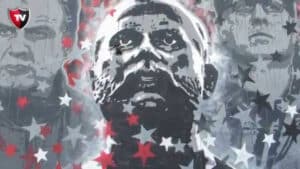 Boca Juniors, Independiente, Cordoba, Rosario Central, all enormous names in the world of the Argentinian game. Along with, of course, Isaac Newell’s ‘Old Boys’, which