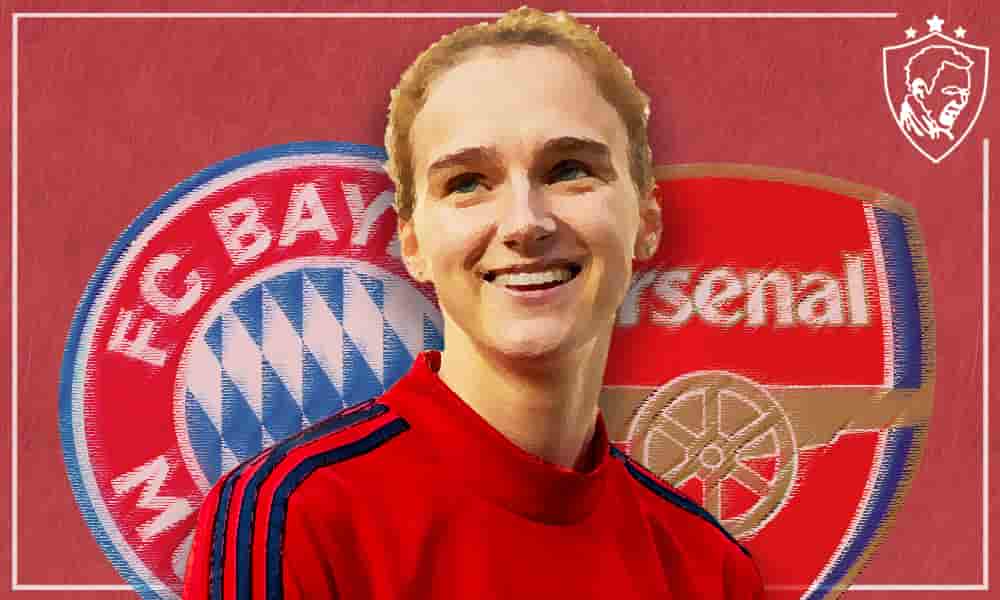 On a weekend which will go down in the annuls of history as an influential one for women’s football in the UK, a player making all the headlines beforehand captured them throughout!

Vivianne Miedema is a goal scorer. Her record speaks for itself, 83 goals in 100 caps for the Netherlands, 100 goals in 110 appearances for Arsenal. She always seems to be in the right place at the right time to score, but there’s more to her game than that. An ‘arsenal’ of skills to content with for the opposition, if you will. Hehehe …

As Arsenal looked set to face Chelsea in a highly-anticipated WSL opening encounter, much of the talk surrounded Vivianne Miedema. Especially in the commentary gantry, where its attendees waxed lyrical about what the enigmatic Dutch forward was capable of, and how many issues she may pose to Chelsea on her own!

But before we get into all of her modern-day achievements, let’s start at the very beginning …

Miedema started her career at the age of 15 at SC Heerenveen. In her first season she scored 10 in 17. Her second season with the club saw her get 27 goals in 26 games, making her the leagues highest goal scorer by 15 goals.

It’s no wonder then, that her achievements attracted many wandering eyes within the women’s game.

Miedema then signed for Bayern Munich and her first season in Germany was an invincible one. Due to injury this was not her most prolific season, she scored 7 goals in 17 games, but the next season Bayern defended their title with Miedema getting 14 goals in 22 games. A better goal:game ration than any of her male equivalents at the time!

It was all so easy for her … and pretty much any club who had Vivianne Miedema on their books!

Her third and final season ended with Wolfsburg as champions. A move to Arsenal came next for Miedema, and it didn’t take long for that striking Dutch name to become a heralded one in the red of North London.

It seems Miedema can do anything when she’s on the pitch. She knows when to drop deep, when to take the extra touch. One of the biggest parts of her game is that she can score with either foot. Could you imagine having to defend someone as awkward and versatile as her? Psht, better them than me!

She’s not just a goal scorer, she gets her fair share of assists too. When Arsenal won the WSL in the 18/19 season Miedema scored 22 and assisted 10 goals in 22 games. None of her goals were penalties either. Much to the chagrin of the Bruno Fernandes-type haters who love to tear down players based on this conversion.

Not to mention, the list of her team-earned records … which is immense, btw.

As of this moment she holds 6 Womens Super League records, including most goal involvements in a single game (6 goals, 4 assists), 2 Netherlands records, 3 Continental records, 1 Olympics record and 1 Eredivisie record.

However she has not let this go to her head. Which is a rare feat in today’s ego-centric sports world!

Miedema does not have an ego, she has stated before she didn’t understand why everyone was calling her a goat until her teammate explained the meaning. . She strongly values team success over her own.

At the age of 25 there’s still many more years to come from Vivianne Miedema, and with her Arsenal contract expiring at the end of the season it will be interesting to see what she does next.

Speaking as of right now, what has been your personal favourite moment in the incredible WSL career of Arsenal’s Vivianne Miedema? Let us know by tweeting us using the button below!