If you haven’t checked out his ‘Phonzy’ YouTube channel, then I suggest you do that at some point as well, because it makes me appreciate whoever made his rise to stardom possible!

Quickly ascending to the heights of the game, it’s easy to forget Alphonso Davies’ earlier time with Vancouver Whitecaps FC. Especially when you consider that his current first-starter status at FC Bayern Munich doesn’t lend itself to think that his development came from somewhere like Major League Soccer.

Without wanting to throw their name in the mud, the MLS has historically made a name for itself as being the proverbial retirement home for some of the game’s elite. Owing itself to their out-of-regular-season schedule, and better quality of life compared to the cauldron that is Central Europe, it was hoped that they would eventually make that transition to producing their own talents instead.

Of them all, Alphonso Davies is right near the top.

A player whose joyous spirit on the pitch mirrors his warm, welcoming and humble personality, it was a tough old grind before Davies would ever even come to the attention of the Vancouver Whitecaps camp. Originally joining their second string side on a trial basis for the 2016 pre-season local tour, ‘the outsider’ had to work almightily hard to stand out from the crowd of being your typical full-back at that level.

Fortunately for him, he had a refreshingly forward-thinking outlook on what it meant to be a left-back – in that he was about as natural a wing-back as they come. Normally, left-sided defenders like to hone their skills in that defensive capacity before transitioning into a more progressive thinker, but Alphonso Davies was the opposite.

Developing from a similar school of thought to that of Patrice Evra in his earlier days, Davies brought a new dimension to the Whitecaps defensive line and, in return, was rewarded with a breakthrough into the senior team for the odd appearance here or there with the senior team to see what his talents translated to in the MLS.

Taking to the occasion like a duck to water, the dynamic, pacy, inventive wide-man didn’t break stride. With perhaps the most notable of his appearances coming in a 5-2 demolition of Orlando City – where his breakneck runs and byline crosses earned him three assists en route to full time. This, among other notable outings, earned him a bunch of love from much further afield – with Manchester United, Chelsea and Liverpool reported to be interested.

Apparently, United scouted him and decided against going for him! Gosh, what a huge clanger that was!

As we now know, it would be none other than the biggest German club in history to claim the Canadian’s signature. Whereupon ‘Alphonso Davies’ would be a name on the lips of not just Bayern fans, or even just those in Germany – but those representing all of Central Europe’s elite institutions. But it’s not just his talent (enviable, as they may be) which have solely earned this notoriety. For many of us, it’s the man beneath the headlines.

Naturally a very polite, down-to-earth and altogether ‘normal’ personality within the game, fans have been able to drift closer to Davies like they haven’t been able to with most people at his level. I mean, the guy has a TikTok and YouTube channel for crying out loud! I know Ben Foster has one too, but never at this lad’s age.

Altogether, his is a story of a young lad who was given an opportunity, has never forgotten how fortunate he was to receive that opportunity … and has never looked back since. We love you, ‘Fonzy’!

What are your immediate thoughts when summarising the early-stage development of Alphonso Davies at Vancouver Whitecaps FC? Let us know in the comments below and share this if you enjoyed the article! 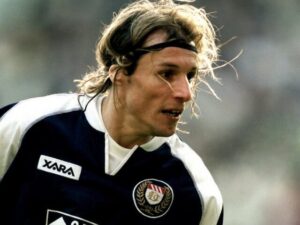 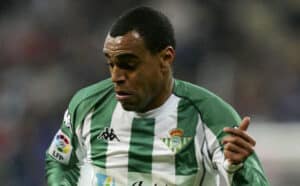 Let me tell you something, the general response to transfer stories like this really do grind my gears! If you do a quick Google search 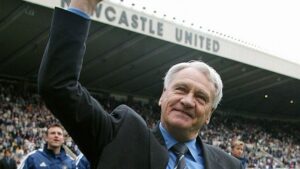 The Ultimate Sir Bobby Robson Quote We All Need to Hear!

Have you ever wanted to hear about the beauty of the game directly from one of it’s favourite contributors? Well, dig into this wonderful Sir 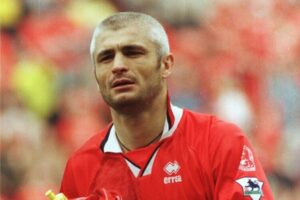 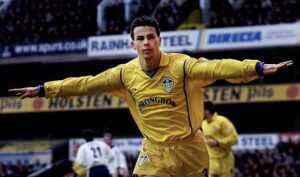 We’ve gone into some of the more famous free-kick merchants at Ultra UTD with David Beckham and Juninho Pernambucano, but now let’s sit down and 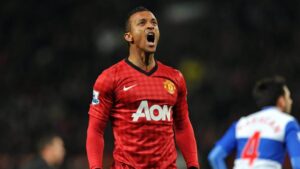 This is written to make sure we don’t forget how flipping brilliant Luis Nani was! Quite frankly, he’s appeared to be irreplaceable! I have sat