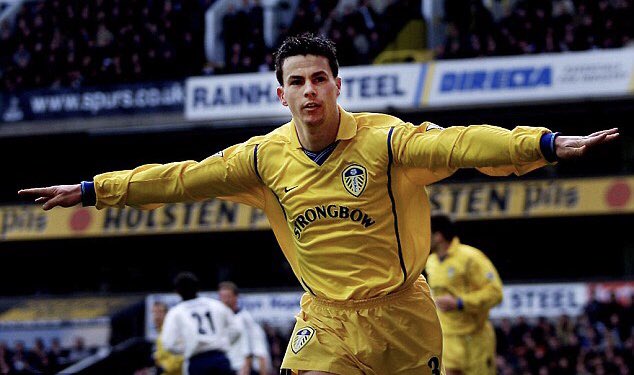 We’ve gone into some of the more famous free-kick merchants at Ultra UTD with David Beckham and Juninho Pernambucano, but now let’s sit down and appreciate the grossly under-appreciated Ian Harte …

With St. Patrick’s Day just gone, I thought it be appropriate to focus on an Irishman who ‘the streets’ won’t forget. Playing in a Leeds United team when they were competing at the top echelons of the game, he was one of the Premier League’s finest left backs and one that was blessed with an incredible left foot.

Spending eight years with the Yorkshire club, Ian Harte made a total of 213 appearances and scored 28 goals. Although maybe not getting the credibility he deserves for his defensive work, what Harte was most remembered for was his incredible proficiency from dead-ball situations. Not only could he get incredible whip on the ball, but the pace and accuracy with that was up there with the best of them. I would even go out on the limb and say he could match David Beckham himself who at the time was recognised as the best set-piece taker in the country.

During his time at Leeds they were competing for trophies domestically and overseas and he formed a fantastic partnership on that left hand side with the flair Aussie that was Harry Kewell. Playing in a rigid 4-4-2 like most teams, he provided superb service to both Mark Viduka and Alan Smith who were poachers at that time and were able to convert from those brilliant crosses into the box.

There were concerns when it came to Ian Harte’s place in the team as the arrival of Dominic Matteo raised the question on whether Harte would occupy that left-back position. However David O’Leary showed Harte full faith and gave him no reason to be concerned, as he became a regular and consistent performer for his team over the years.

Although no winner’s medals currently sit in Harte’s cabinet, he was awarded a place in the PFA Team of the year during the 99/00 season, which is no mean feat coming up against the likes of Dennis Irwin, Nigel Winterburn, Celestine Babayaro etc. Harte made 33 appearances and scored 6 goals that season, which cemented his recognition from those within the game and the media.

Harte found himself out of the reckoning at international level though he returned for the 2002 World Cup qualifiers and was the only player to play every minute as Ireland managed to reach the finals. Harte also notched up four goals during the campaign, including a penalty against Iran in the play-off. He earned 64 caps for his country accumulating 12 goals during his period in Ireland’s fine country.

Maybe not the sexiest name on the team sheet and there will be a few of those who don’t recognise the name, but for those who do  know will always have a memory somewhere of one of his stupendous free-kicks!

What is your favourite ever moment from the majestic left boot of Ian Harte? Let us know in the comments below!

previousWhy I Highly Recommend Watching ‘Class of 92: Out of Their League’
nextThe Craziest ‘Domino Effect’ in Football Transfer History! (Podcast #1)