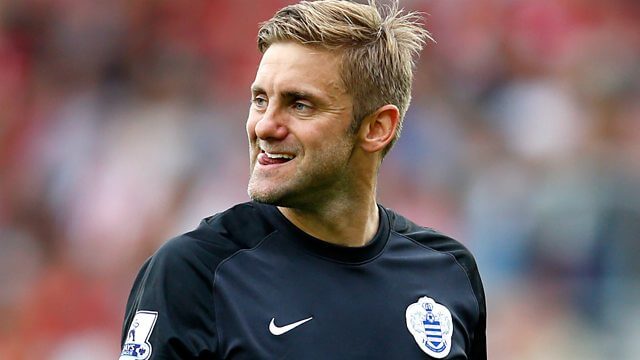 It might have been an almighty error to make at this particular time, but here’s a more well-rounded look at the now-infamous Rob Green 2010 World Cup Mistake against the U-S-of-A.

Life as a goalkeeper is one of the most cynical and precarious in any sport. Motorsport-lovers might liken it to that of a Formula 1 driver and fight fans might even make comparisons with elite boxers. Not because of the gloves they have to wear, but for the scrutiny that follows their every move when the cameras are switched on.

Much like a heavyweight fighter or Mercedes driver, goalkeepers are completely isolated and by themselves when push comes to shove, and any mistake they make is instantly magnified given their status as ‘the last line of defence’. Considering this, few stories illustrate this more than the Rob Green 2010 World Cup error.

Taking our focus away from the goalkeeper’s line for a brief moment, one must concede that this England squad as a whole possessed a considerable level of quality. Which, with the greatest of respect to the USA National Team, should have been enough to topple the cross-Atlantic side. I mean, this is a team with Wayne Rooney, Steven Gerrard, Frank Lampard and Ashley Cole, for crying out loud – some of the best players … in the world!

True to form, Steve G opened the scoring a mere 200-or-so seconds after the referee’s inaugural whistle, before Clint Dempsey decided to test Rob Green in goal with a speculative half-volley 35 minutes later. The goalkeeping situation in the England camp had been slightly strange going into the tournament – with an ageing David James and a novice Joe Hart seen as less stable options to the ever-present EPL-experienced Rob Green.

Unfortunately for him, a poor handling of the situation (if you’ll pardon the pun) allowed Dempsey’s strike to dribble past him and equalise for the United States. From that point on, the game couldn’t move on. Commentary was bereft with incessant replays of this error and even a wonder-save to deny Damarcus Beasley late on was ignored.

But this is what really grinds my gears about how the press dealt with the Rob Green 2010 World Cup fumble: who the heck are we to define somebody by a genuinely honest mistake? In the clip above, Green recently assessed this situation and specified exactly how the incident occurred – in that the ball bobbled up to hit his palm roughly an inch from where he intended. At which point it rebounded and squirmed passed him to bring the USA level.

I’m sorry … but one inch?! That’s it?! And yet a lot of our football media has the gall to hang him on that one thing? What about his development into the Premier League with Norwich, how about his consistency at West Ham United, what about the bleedin’ save he made to keep England in the tournament during the same game?! But no, he made a mistake and our self-righteous industry believes it has the right to crucify him for something he had zero intention of doing. IMO, I think we need to be mature about this, forgive Rob Green and collectively move on.

Now a decade on, what do you make of that Rob Green 2010 World Cup mistake?