I’ll admit, I didn’t know all too much about this man before he passed away in 2014, but when I did start looking into him a bit more, I quickly discovered just how extraordinary he was.

Eusébio da Silva Ferreira is a name which lives long in the annuls of Portuguese history, and not just for his involvement in Portugal v North Korea, btw! Most of which may derive from his statistics at club level – particularly when he went and scored more goals than games over a 300-appearance spree with Benfica.

He also got involved in the NASL, but we’ll gloss over that one, shall we.

Away from purely being a club legend, Eusebio also still ranks as one of the most pivotal and iconic figures for the national team. One which has since spawned the likes of Luis Figo, Deco and that Cristiano fella, almost all bow their heads in the late striker’s respect for his legacy throughout the land. And in games such as these, the unflappable legend of ‘The Black Panther’ will live long in the memory of fans worldwide …

Nowadays, it’s become a little bit of a fad to ask the question of how much the great players of yesteryears would command in today’s inflated transfer market. But if we were to equate Eusebio’s ability with how we understand players to be valued in today’s society, I personally believe that you will seldom find a more well-rounded striker that could command a greater fee than what he would be able to.

Blessed with great speed, an incredible physique and this no-nonsense approach to thundering his efforts passed the helpless saps who dare to defend his target, he was nothing short of a monster during his prime years for both Benfica and the Portuguese National Team. Where he would often prove to be the saviour in their tougher moments.

For his country, in a typical way to which current viewers might look at Cristiano Ronaldo’s involvement in the national team for so long, Eusebio was often the main man required to bring them out of any funk they got themselves in due to the comparative issues of his colleagues.

Though they were dedicated professionals and strong in their own right, it was a problem which reared its ugly head in a seemingly simple Portugal v North Korea fixture at the 1966 FIFA World Cup.

Somehow going 3-0 down to the North Korean minnows in the quarter final after dispatching Russia in their opening game only a few days earlier by that official margin, few could really believe what they were seeing! However, as observed by coach Otto Gloria: “We do not like defence. Attack is our best defence. We do not like to play on defence. We do not know how to play on defence.” So, with that in mind, they needed to rely on their attack.

Well actually, they need only rely on Eusebio to right what could have been a potentially devastating wrong.

Sensing and appreciating the need to lift his peers and inject some life into the tie, Eusebio saw fit to drive home his country’s efforts in his typically brash and unstoppable fashion. In a display I haven’t seen anything of the like since this happened over half a century ago, the possessed poacher would go on to score four consecutive goals in less than twice the time it took North Korea as a whole to earn their surprising lead over Portugal in the first place.

As John Motson would go on to say a number of years later, it was a humiliating situation to get themselves into, but Eusebio “put that right”. Not the Portugal team, just the “one man” they relied on up top. A truly sensational performance from one of the game’s best, and in a way befitting of his now-regal status in the sport.

Honestly, if you don’t know much about Eusebio, or indeed his influence in that Portugal v North Korea game back in 1966, then please do check out the embedded video above and share this post around when you do.

It’s the stuff of legend, I can assure you that much!

Whether you’ve seen it before or not, how would you summarise Eusebio’s performance in Portugal v North Korea in one word? Let us know by tweeting this article out along with that one word below!

When you think of Luis Figo, what’s the first thing that comes to mind? For me, it’s the inhuman-sized cojones of the man to make 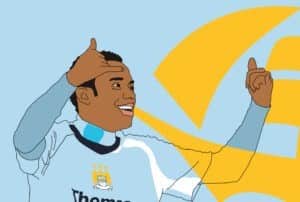 How Robinho Lit the Torch at Manchester City

As far as transfers go, very few reach the same level of importance than Robinho to Manchester City. In case you’ve been living under a 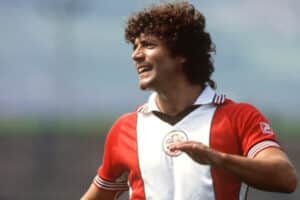 Kevin Keegan was always the sort of man who looked to blaze a trail that others wouldn’t dare to do. And his twilight move to

Coming off the back of a tough transitional period in their history, United needed something desperately in order to change the course of their sinking 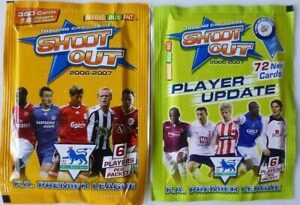 I guess you can call me a ‘simple man’ by saying this, but I think that Shoot Out cards were better than their more modern

A Love Letter to Neil Warnock

To some, Neil Warnock is … a relic. A merchant of sh*thousery long past his expiry date. But what he’s achieved in football, and more