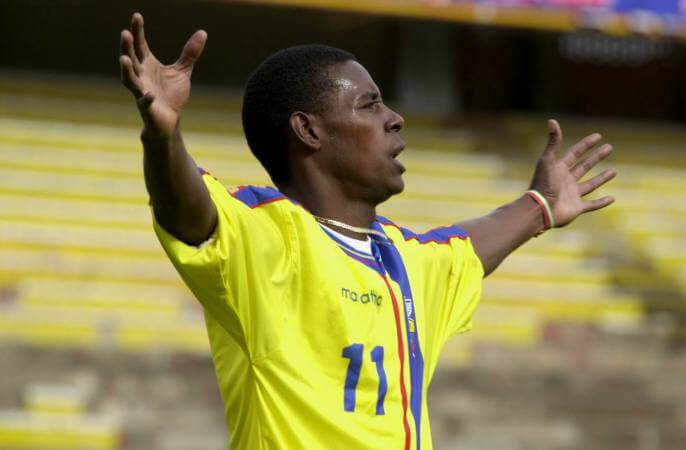 If your immediate thought wasn’t to hope on the Transfer Market and search for a transfer listed striker, then what game did you even play?

As reality would have it, Agustin Delgado would be remembered as a striker who flourished on home soil, but struggled in an injury-laden few years when Southampton came calling in the early 2000’s. But as virtual reality would have it, he was a goal fiend waiting to be poached by any lucky employer who happened upon him.

Like most football nerds, I’m a fiend for anything and everything ‘Football Manager‘-related – and it’s been like that since I first played the game in 2007. Since then, 15 new editions have come and gone and yet the same question remains. Who, in this new era, will be my ultimate striker? And considering my personal preference for ‘Road to Glory’ saves, the ‘ultimate-ness’ of that striker will mean that they need to be cheap.

‘How cheap?’, I hear you ask. ‘Very’ is the answer. You see, I come from Birmingham and never really felt a personal affiliation to the areas larger clubs in Aston Villa, West Bromwich Albion or indeed … Birmingham City themselves. Instead, I took a particular fancy to the cute little club down the road who played in a shanty little square called ‘The Banks’s Stadium’. By the way, I’m allowed to call it that because I secretly love it – you are not, because you do not … you got that?! Good!

Plus, if you think starting a save with Walsall nowadays would be challenging, it was even tougher back then – when I even had to sell one of my better players in midfield to finance a move for a top striker at League Two level in 2007. I doubt I could even look Darren Wrack in the eye today if I ever met the lad, for what I put him through!

So, with a whopping £250,000 to my name (almost half of which was committed to the new academy build for whatever reason), I had to find a radical solution. Thankfully for me, that precise solution came in the form of nippy Ecuadorian forward, Agustin Delgado. And it’s a decision that I’ve never quite been able to replicate on such a level in any Football Manager edition since. Except maybe FM 07 with Fraizer Campbell – might write about that too, tbh.

At the time, Agustin Delgado was plying his trade in Ecuador with L.D.U. Quito, and the game was released at a time where it didn’t matter how long he’d been at the club before wanting a move. I mean, this was the mighty Saddlers we’re talking about, so no wonder he put pen to paper on a £170,000 deal when it was presented to him.

Almost ten years earlier in his career, Delgado once claimed a 30 goal-in-30 appearance season for El Nacional. And I’m guessing that the FM boffins decided to go off this particular season when awarding him a 17 stat for Finishing. His pace, composure and stamina were also up there too – seeming to ignore the aforementioned injury problems he’d suffered with the Saints only two years before buying him. But I am not complaining.

Seemingly on his own, the digital version of Agustin Delgado was an absolute menace to League One and Two defences anywhere. On average, he brought at least 20 goals p/season before his powers seemed to wain in the eyes of the EFL Championship and above. But no matter how much of a ‘fall from grace’ the FM pundits might throw at him for that, he will always be one of those lethal strikers the ’07 creators tried to hide away from us.

Did you ever purchase Agustin Delgado in any Football Manager save? If so, let us know your own experiences in the comments and share this post with the rest of the FM Community!